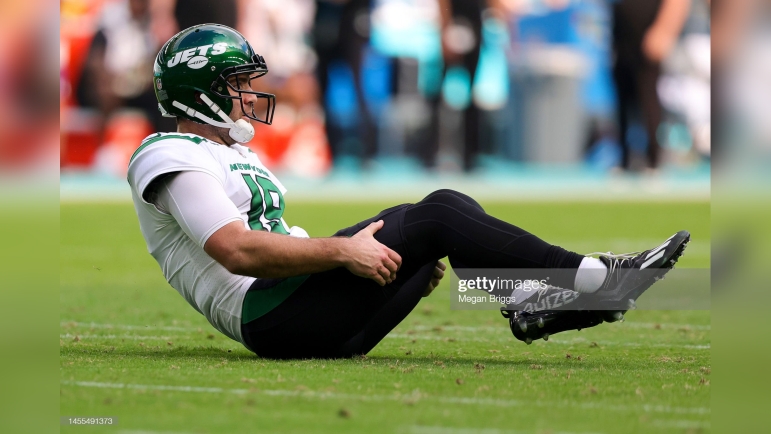 When all is said and done, it goes without saying that the Pittsburgh Steelers only have themselves to blame for the fact that they are now sitting at home preparing to watch 14 other teams participate in the playoffs over the next month. They went just 9-8 on the season, and in many years, that’s not going to be enough.

It wasn’t this year, at least not for Pittsburgh, even if four other teams with a record of 9-8 or worse will be playing this weekend. They had their chances. They did what they needed to do in the final month, the final week. The only person who didn’t? New York Jets quarterback Joe Flacco.

The Steelers needed the Jets’ opponent, the Miami Dolphins, simply not to win. And the score was tied until the closing moments. Flacco, a former Super Bowl MVP and division rival, started for the Jets due to Zach Wilson sucking and Mike White being injured. And he only managed six points, while playing against a third-string rookie quarterback making his first start.

“How does Joe Flacco lose to Skylar Thompson?”, Steelers tight end Pat Freiermuth opined while appearing with Aditi Kinkhabwala last night on 93.7 The Fan for an interview. He said it half in jest, of course, but he was musing over the nature of losing and of how close they came to making the postseason, as well as his evolution of dealing with losing generally.

In addition to beating the Cleveland Browns and the Dolphins not winning, the Steelers also needed the New England Patriots to lose to the Buffalo Bills. The first and the third things happened, but not the second.

Thompson is a rookie seventh-round pick out of Kansas St. He’s only playing because Tua Tagovailoa is dealing with his third concussion of the season and Teddy Bridgewater suffered a hand injury that prevented him from playing.

The rookie completed 20 of 31 passes during the game for 152 yards without throwing a touchdown or an interception. To his credit, the Dolphins did do a decent job of moving the ball throwing the day, with only one three-and-out drive and four drives that took up five-plus minutes. Though their running game deserves most of the credit for that.

As for the Jets…well, Flacco finished the game 18 for 33 passing for a mere 149 yards. He also threw no touchdowns or interceptions, but they struggled to move the ball much more, the difference being New York’s awful run game. They went three and out four times with just one possession of at least four minutes in length.

Not the most elite performance from Joe Cool in perhaps the first and only game of his career in which Steelers fans were rooting for him.