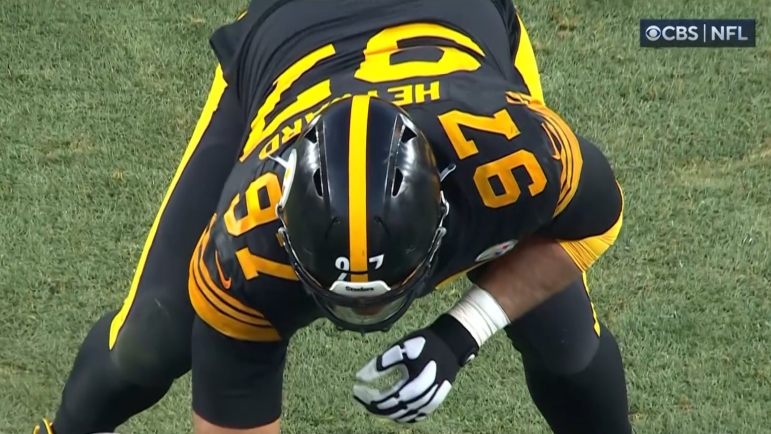 Neither wide receiver Hines Ward nor outside linebacker James Harrison made the list of finalists for the Hall of Fame. It’s unlikely that they ever get in for the Pittsburgh Steelers unless as a senior candidate selection many years from now.

For the moment, there are perhaps two players about whom we can be confident will eventually get into the Hall of Fame. Quarterback Ben Roethlisberger will go in on the first ballot in four years’ time. I think we can already safely assume that outside linebacker T.J. Watt’s career is going to end up worthy as well.

The big question left is whether or not Cameron Heyward’s will. He’s a guy on that borderline, and the league’s failure to recognize him as a Pro Bowler or All-Pro this season, now 33 years old, didn’t do him any favors. Still, it’s something he wants and something he believes is attainable.

“I think I’m on track”, he recently told Ron Cook for the Pittsburgh Post-Gazette earlier this week when he was asked about his chances of making it into the Hall of Fame when his career is over. “I should be looked at as one of the top guys at my position. I can play the run and the pass”.

For better or worse, Heyward is the type of player who pays attention to how he is perceived relative to his peers. He seems to draw a lot of motivation from snubs, which is a trait that he shares in common with many, many great athletes, and with many greats in just about every other field. Doubt is fuel.

“You want to have a Hall of Fame career. It’s a totality thing. It says you are a part of one of the best fraternities in the game”, Heyward said. “That has always been one of my goals, to leave this game and be able to say, ‘I played my best football and my best characteristics stuck out and I was recognized for it’”.

“I’ve had teammates in the Hall of Fame who are very deserving”, he added. “I want a chance to one day follow in their footsteps”.

When he says ‘teammates’, he admittedly has no need to pluralize it. He has exactly one former teammate who is currently in the Hall of Fame, and that would be safety Troy Polamalu, a four-time first-team All-Pro and eight-time Pro Bowler, the 2010 Defensive Player of the Year and a two-time Super Bowl champion. Roethlisberger will obviously follow as well.

As a 3-4 defensive lineman, Heyward plays a position at which it has traditionally been difficult to get attention. That’s been less of a problem as the game has evolved and responsibilities shift within that alignment, allowing players like him to make more plays on their own.

He finished this past season with 74 tackles, including 14 for loss, with 10.5 sacks, 22 hits, a forced fumble, and four passes defensed. Since 2017, he’s totaled 396 tackles with 73 for loss, 53.5 sacks, 121 hits, six forced fumbles, two interceptions, and 28 passes defensed. No matter who recognizes it, he’s unquestionably one of the best in the game today.