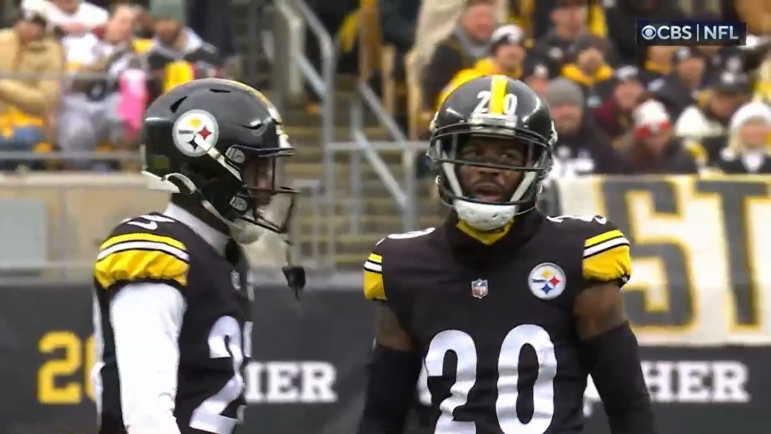 With the number of NFL teams still having something to play for dwindling, ESPN decided to focus on the teams out of the playoff picture with a line-by-line approach to each organization’s offseason. For the Pittsburgh Steelers, ESPN labeled cornerback as an underrated need for the team, needing to find a shutdown player capable of matching up against the likes of Cincinnati Bengals’ WR Ja’Marr Chase.

“Can the Steelers find help for the secondary?” Brooke Pryor wrote. “A true lockdown corner never emerged after the team declined to re-sign Joe Haden. Arthur Maulet and Cameron Sutton have solid versatility, but the team could use a true No. 1 corner to round out the group. Pittsburgh gave up 7.5 yards per passing attempt, 29th in the league.”

Even as the team hopes to re-sign Sutton, it’s a fair point. Sutton had a great season and deserves to get paid by Pittsburgh or another club but it’s debatable if he’s truly a #1 corner or a really good #2. Whether or not to make him a Top 15-paid corner without true #1 upside is also a valid discussion.

Ideally, Sutton would work as a quality #2 with a lockdown #1 opposite of him. Someone bigger and more athletic. But there’s a scarcity for those types of corners and the ones who exist come out a cost either in free agency dollars or a top draft pick, like the New York Jets taking Sauce Gardner 4th overall in the 2022 NFL Draft. For 2023, it’s far more likely Sutton will be re-signed with Levi Wallace lining up opposite of him and the Steelers essentially running back their secondary from this past season. Terrell Edmunds should be a cheap re-sign while Minkah Fitzpatrick will remain as the team’s best defensive back.

Jordan Reid, one of ESPN’s draft analysts, believes the Steelers should look towards improving the offensive line in the draft. He writes:

“Improving the offensive line must be a key point of emphasis, followed by finding cornerback help. Ohio State’s Paris Johnson Jr. and Georgia’s Broderick Jones are options in Round 1, while Ohio State’s Dawand Jones and North Dakota State’s Cody Mauch are Day 2 possibilities at offensive tackle.”

Johnson and Jones are two popular names connected to the Steelers in mock drafts and fit what the team looks for with their first round selections. Big, athletic, and pedigree names who played against top-flight competition in Power 5 conferences. Pittsburgh hasn’t drafted a first rounder from a non Power 5 conference since QB Ben Roethlisberger in 2004.

The second round options are appealing, too. Even in the second round, Pittsburgh doesn’t often dip into small school waters but Mauch figures to be a solid Day Two prospect, a mauler and finisher in the run game with a fun personality, a former tight end who bulked up, is missing his front teeth, and dabbles in playing the violin. Still, the Steelers’ offensive line took big steps forward by the end of the year, lessening the glaring need for an immediate upgrade. If anything, defensive line is now the higher priority.

ESPN’s exercise also mused about the team firing OC Matt Canada for an unnamed hotshot guru. With Canada still part of the team, that scenario is looking increasingly unlikely to play out. Pittsburgh seems to prefer to stick with continuity and keep Canada and the rest of this offense to build upon what they did at the end of 2022. They did note the Steelers ranked in the bottom half in motion and play-action this year, two surprises under Canada with the offense run more in his vision and with a more mobile quarterback under center.