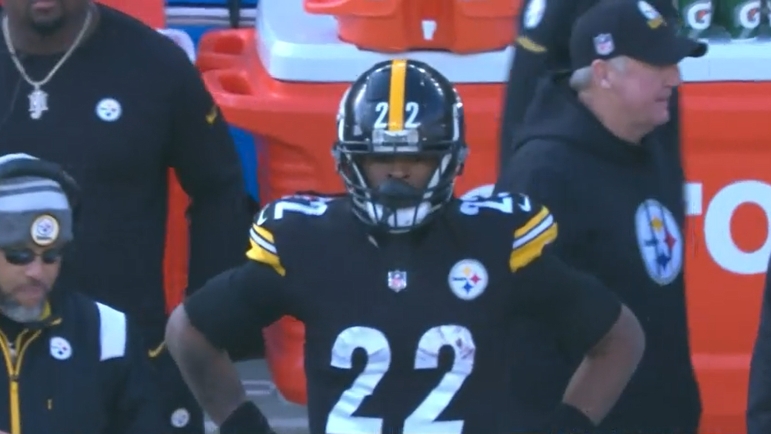 While Pittsburgh Steelers running back Najee Harris and wide receiver Diontae Johnson both had respectable seasons, neither of them matched their high preseason expectations. For Harris, a lot of that can be attributed to a foot injury that limited his production early in the season, as the second-year running back turned it on down the stretch en route to his second straight 1,000-yard season on the ground. Johnson, meanwhile, couldn’t find the end zone once this year, breaking the NFL record for most receptions and targets without a touchdown, and his yardage was down, mainly due to a big decrease in his yards after catch from 2021 (527 in 2021 to a career-low 235 this season). As a result of their performances this year, both Johnson and Harris were named to PFF’s All-Sheesh Team for fantasy football as the unluckiest players in 2022.

“He recorded an NFL-record 147 targets without a touchdown — the previous NFL-high mark was only 109. Johnson was so close to scoring on multiple occasions. He more than doubled the next-closest wide receiver in terms of most fantasy points below expectation,” PFF’s Ian Harlitz wrote about Johnson.

“Nobody was stopped at the one-yard line more than Harris (seven) on drives that did not end with a touchdown. Too bad almost only counts in horseshoes and hand grenades,” he wrote about Harris.

In football, the luck factor comes into play more than we realize. Harris getting stopped seven times on the one-yard line is just unlucky. One of those times, in Week 18 against the Browns, should’ve been a touchdown but Harris was ruled short and fumbled two plays later. Johnson was stopped just short of the end zone in Week 18 too.

Surely, Johnson and Harris will look to build off what they did this year and better their production next season. In turn, hopefully, the Steelers’ offense is improved and is able to get more opportunities for Harris and Johnson to put points on the board.