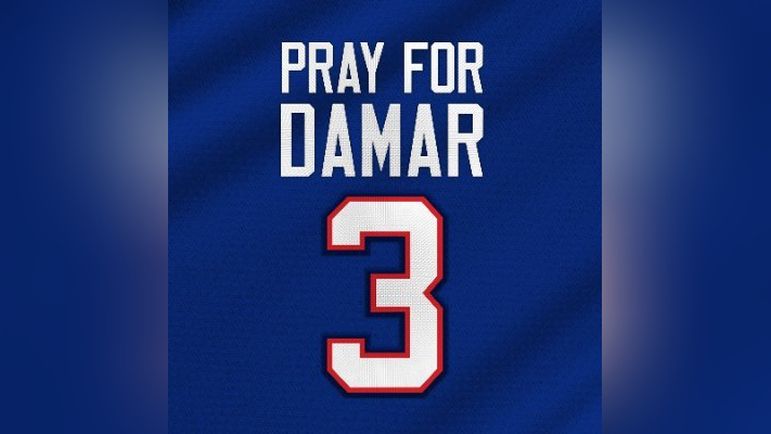 The news regarding Buffalo Bills second-year safety and Pittsburgh native Damar Hamlin continues to get better and better by the day.

Thursday’s latest update from the Bills and physicians at the University of Cincinnati Media Center — where Hamlin is being treated after suffering cardiac arrest at the 5:58 mark of the first quarter on Monday Night Football against the Cincinnati Bengals following a tackle on wide receiver Tee Higgins — is the most positive yet.

According to NFL Network’s Ian Rapoport, Hamlin is awake and respsonive.

#Bills S Damar Hamlin opened his eyes last night and is responsive. Truly incredible. One thing that's very clear from speaking to those close to him: They are endlessly appreciative of the medical care given to Hamlin on the field immediately, then over the last 72 hours.

Hamlin had to be resuscitated on the field by medical personnel after collapsing following the play. The second-year safety, who was a star at the University of Pittsburgh after an illustrious high school career at Central Catholic in Pittsburgh, had to be sedated and intubated to help him breathe in the initial stages after suffering cardiac arrest.

The news of Hamlin being awake and showing signs of being neurologically intact comes just one day after Hamlin’s uncle told reporters on Wednesday that he was only on 50% oxygen after being at 100% Monday and Tuesday.

WIth Hamlin’s incident seen on live television by millions of viewers and currently the focus of the sports world, the outpouring of support for the Pittsburgh native and his family has been incredible. Hamlin’s Christmas Toy drive for a daycare facility in his hometown of McKees Rocks has now raised over $7.1 million on the GoFundMe page.

Video: Doctors say that after waking up, Damar Hamlin was able to ask via writing, “Did we win?”

They told him, “Yes, you won the game of life.”