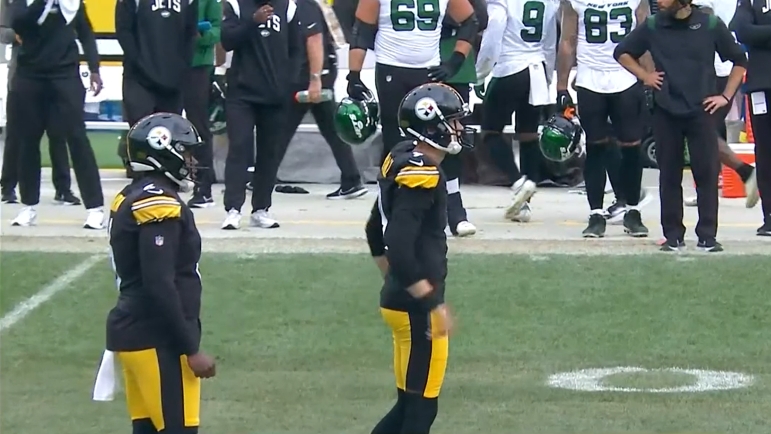 In his eight-year career, Pittsburgh Steelers kicker Chris Boswell has arguably had five great seasons, one good season, and two inexplicably bad ones. But from his perspective, aside from the misses themselves, the two years have nothing in common. Except perhaps for the coincidence of following a large new contract extension that offseason.

Although he missed several games due to injury, Boswell was still on the field enough to attempt 28 field goals on the season. Uncharacteristically, he made only 20 of them. Even when factoring for one being blocked, it stands out by far as the second-worst season of his career, behind only the 2018 season during which he very nearly lost his job. But the Steelers didn’t see the comparison, seemingly, and neither does he.

“I don’t compare this year to that year”, he told Gerry Dulac of the Pittsburgh Post-Gazette earlier this week, referring to that 2018 season. “That year, I couldn’t make anything, whether it was extra points and field goals. This year, whether it was the conditions of the game or whatnot, there were a good handful of misses I wish I could have back”.

Boswell was named the Pro Bowl kicker for the AFC in 2017 over Justin Tucker after making 35 of 38 field goals (setting a new franchise record in the process), making good on 92.1% of his attempts, including going 4-for-4 from 50 and featuring several game-winners.

The Steelers rewarded him with a four-year, $16.8 million extension the following offseason, but they very nearly pulled the trigger on cutting their losses late in the year as he struggled. He finished that year going just 13-for-20 on field goals. He also missed five extra points.

The team brought in Matt McCrane and Kai Forbath in December of that year to compete against Boswell during the week and force him to win his job back. He managed to do that, after which he made three of four field goal attempts and all four extra point attempts before missing the final game of the year due to injury.

This year, Boswell played five games after returning from injury. He went just 8-for-12 upon his return, though that did include the one block. Seven of his eight misses on the season were from 40-plus yards, including five in the 40-49-yard range and two from beyond 50.