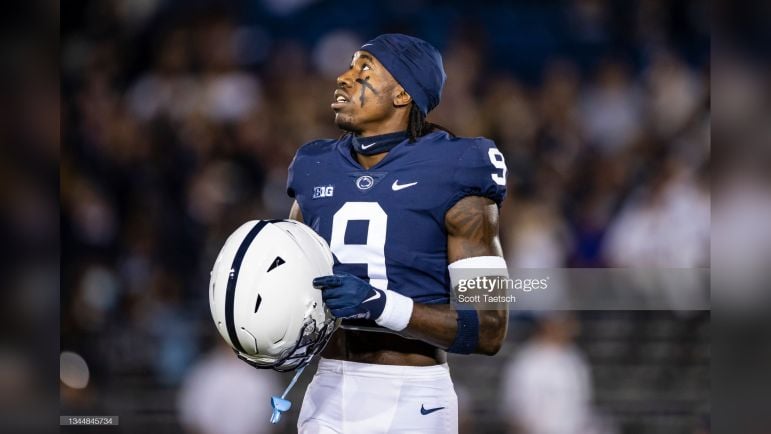 The Pittsburgh Steelers have a big decision to make on draft day with their first selection at pick 17, address the offense or choose to continue to prioritize the defense? There are certainly arguments to be made for both sides, but luckily today I don’t have to make any because CBS Sports made the choice for me.

Today, Josh Edwards of CBS Sports released a mock draft and has the Steelers dressing their defense with a player whose name that will be familiar to many fans of the Black and Gold: Joey Porter Jr.

“Pittsburgh needs to upgrade the cornerback room and is able to do it with a legacy,” wrote Edwards. “The story writes itself as Porter Jr. takes the field where his father spent eight years of his playing career.”

The Steelers need a cornerback and Porter Jr. is a pretty dang good cornerback. A redshirt junior at Penn State, Porter Jr. has a ton of experience playing cornerback at a high level in a Power Five conference. And although he is not a ballhawk, only recording one interception in four seasons, he is still good at defending the pass which his 19 pass breakups in four seasons prove.

In fact, Porter Jr. was great this past season, recording a career high eleven pass defenses showing his sticky coverage ability. Although he does struggle in taking the ball away he is good at preventing receivers from getting the ball, something that sounds awfully familiar to former Steelers Ike Taylor, teammate of Porter Jr.’s father.

Porter Jr. is also a willing tackler, recording 94 over his four years at State College, adding one tackle for loss and one forced fumble to his name as well.

PFF is high on Porter Jr., giving him an overall grade of 73.2, and having him down for not allowing a touchdown and on 30 total targets and allowing only 15 catches on the year. Finally when targeted, PFF says he allowed a passer rating of only 63.6 which is shutdown.

Obviously the numbers are impressive from Porter Jr. but he also check a bunch of boxes of which the Steelers like. One he is the son of a former player, Joey Porter a Steelers player and coach for that matter. In addition, he is 6’2 194 pounds and fits size mould of what the Steelers like in their cornerbacks.

The last four cornerbacks the Steelers have taken in the draft are Justin Layne (6’2 192 pounds), Cameron Sutton (5’11 188 pounds), Brian Allen (6’2 215 pounds), and Artie Burns (6’0 197 pounds). The Steeler like cornerbacks with a bigger frame and Porter Jr. has that size. Size, production, and a father who its a former Steeler? Sounds like someone head coach Mike Tomlin would be very interested in.

The Steelers need a cornerback, and Porter Jr. is not only really good cornerback, he posses a lot of things the Steelers like. If he on the board when the Steelers are picking at 17 I would not be too surprised to see his name be read aloud by Roger Goodell on draft night.