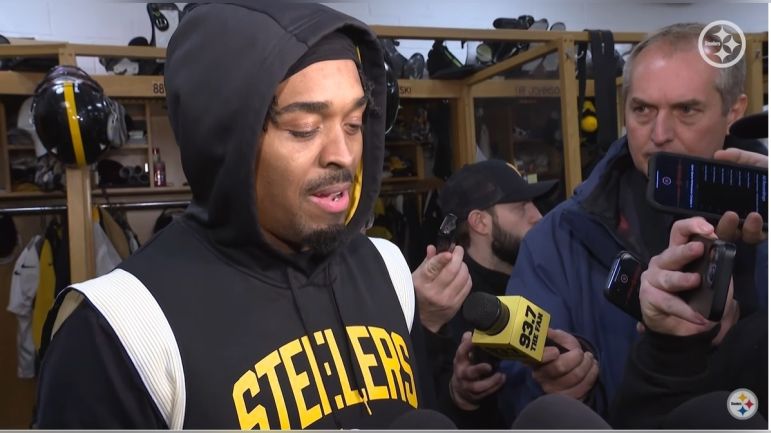 Since joining the Pittsburgh Steelers at the trade deadline, cornerback William Jackson III has yet to play a single snap in the Black and Gold. Shortly after joining the team, Jackson was placed on injured reserve with a back injury.

Yesterday, Jackson practiced for the first time since being placed on injured reserve, and today he was asked by reporters how the last few weeks have felt after getting a shot with a new team and then being promptly placed on IR.

“Frustrating,” Jackson responded in a video posted to the Steelers YouTube channel. “You know, because you’re dealing with something that’s out of your control. Everyday you want to get out there you want to tell the trainers, ‘Please let me go out. I’m going to go out anyway.’ You know, I’m just out there getting my feet wet and having fun with it.”

Jackson has only played in four games this season, all with the Washington Commanders. In the four games, Jackson recorded 16 tackles, recorded two passes defended against, has allowed a passer rating against of 121.9, and has been charged with two touchdowns passes caught against him.

Jackson’s poor play as a Commander may not have been totally his fault. Washington head coach Ron Rivera admitted that when they signed Jackson as a free agent they misevaluated his skill set.

Because of this, Jackson wants to try and prove he still belongs in the NFL and that he was just in the wrong defense. Jackson is more comfortable playing man-to-man than in zone which the Commanders like to run under defense coordinator Jack Del Rio. The Steelers, while still running a decent amount of zone, use man a bit more often than Washington does.

With his 21-day window now officially open, reporters asked if he thinks there is enough time left for him to get on the field and show the Steelers made the right move in trading for him.

“Of course, there’s always an opportunity.”

With only one regular season game left, and one more day of practice, it will be a long shot to see Jackson suit up on Sunday against the Cleveland Browns. However, if the Steelers sneak into the playoffs the chance to see Jackson in the Black and Gold this year will increase.