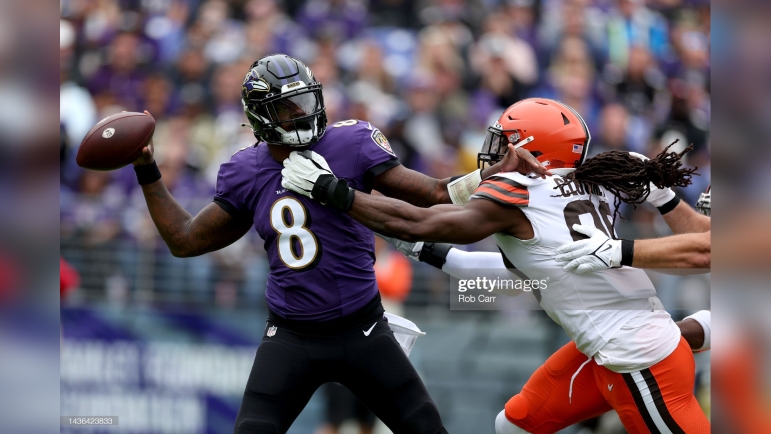 Isn’t it more fun when the drama is in other locker room than the Pittsburgh Steelers? We all know our own household has had more than its fair share of messes over the years, but the past couple days have been a good reminder that there are things that go on in every locker room—and sometimes they get out.

That’s what the Cleveland Browns have on their hands as they close out the 2022 season. Fortunately for them they have nothing to play for, but it certainly seems as though their relationship with a player they agreed to pay $10 million this season has come to an end.

Veteran defensive lineman Jadeveon Clowney recently said that he was 95 percent certain he wouldn’t play for the Browns after this season, and that they favored building up Myles Garrett’s stats not only at the expense of himself, but of winning. Needless to say, there was some pushback against that, albeit cautiously.

Head coach Kevin Stefanski did a commendable job avoiding answering a barrage of questions about Clowney, but defensive line coach Chris Kiffin was a little more forthcoming, albeit begrudgingly. He was asked about a game against the Baltimore Ravens in which Clowney would only play on third downs, with rumors that he refused to play on first and second down.

“He did not say he was only going to play. He basically…I would try to get him to go out on third downs and he would”, he said, via the team’s website. When asked if the defender was disciplined internally over the matter, he said only, “I will punt that to Coach”. But he did cautiously expand on the topic.

“Working through that Baltimore game, yeah, he came off the field, said he was hurting”, he said. “First third down came after that moment, I said, ‘Can you go in on third?’, and he said, ‘Yeah’. And then next series he said he couldn’t go in on first”.

Then he was asked if he now believes that the reason Clowney gave for not playing on early downs—that he was too injured—was essentially bonus. “Sure”, he offered in a delayed response, before adding, “I don’t know the exact reason”.

But listening to it, you can read between the lines. It’s clear that the team now feels Clowney’s frustration runs deeper than they previously knew. He did acknowledge that he had voiced frustrations around the time of the first Ravens game, which was the subject at hand, but that it had not been brought up since then.

A soon-to-be 30-year-old veteran, Clowney has just 28 tackles and two sacks this season in 12 games for the Browns. He had a bit of a comeback nine-sack season in Cleveland the year prior after the Browns tried to get him to sign for years.

Now he’s going into year 10 with poor production and a poor attitude that he put out of his own accord. It’s not clear if the team will even put him on the field for the finale. Stefanski said that they have made a decision about that (having sent him home from practice) but that he would not disclose what that decision is.