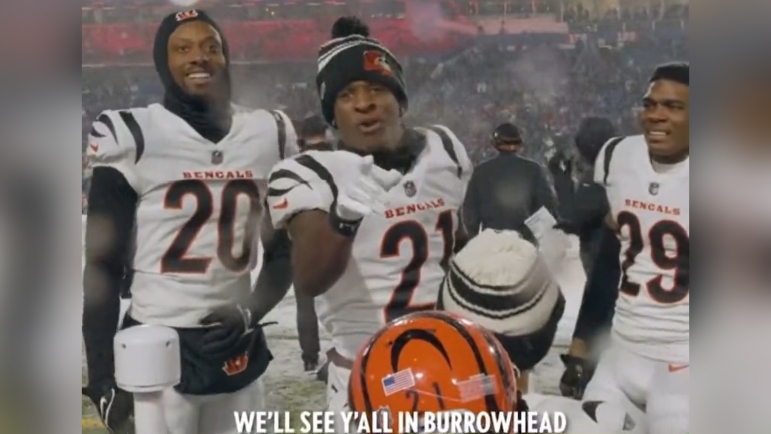 Kansas City Chiefs quarterback Patrick Mahomes has put up some fine numbers going up against the Cincinnati Bengals. He actually played them three times during the calendar year of 2022, spanning two seasons. He lost all of them, granted, but typically not as a reflection of his own play. The Chiefs scored at least 24 points in each game.

Why is this relevant? Of course, because the Chiefs will be hosting the Bengals, again, at Arrowhead Stadium this weekend for the AFC championship game. Or, as Bengals cornerback Mike Hilton referred to it, ‘Burrowhead’, referring to Cincinnati quarterback Joe Burrow. With the troll Eli Apple standing next to him and retweeting a post about it on Twitter.

As we’ve already talked about, Apple—arguably the worst starter on the Bengals’ defense—has a bit of a proclivity for being a troll. He certainly likes to run his mouth and doesn’t appear to be afraid of the risks of providing opponents with the proverbial ‘bulletin board material’. I think ‘Burrowhead’ would qualify as that. And Hilton was born with a chip on his shoulder.

Coincidentally enough, two of the three games that Mahomes and Burrow have played in together took place in Cincinnati, including a 27-24 win in December during which the Chiefs missed a would-be game-tying field goal on their final possession after the defense squandered a seven-point fourth-quarter lead.

The only game they’ve played in Kansas City thus far was last season’s AFC championship game. In that one, it took an overtime field goal from rookie kicker Evan McPherson to secure the win. Burrow completed 23 of 38 passes for 250 yards, two touchdowns, and an interception in the game. Mahomes went 26-for-39 for 275 yards with three touchdowns and two interceptions.

Does that really qualify as ‘Burrowhead’? Well, if you’re the Bengals it does, and the fact remains that the Chiefs have yet to prove that they can beat Cincinnati, given that they are 0-3 against them in the Burrow era, regular season and postseason combined.

Of course, this particular game may come with an asterisk. Mahomes is going to have to play through a high ankle sprain that he suffered this past weekend. He was clearly not the same following the injury, and he’s not going to be recovered in time to play the way he normally does.

Both Burrow and Mahomes had Pro Bowl seasons. Burrow went 414-for-606 for 4,475 yards with 35 touchdowns to 12 interceptions. Mahomes went 435-for-648 for 5,250 yards and 41 touchdowns with 12 interceptions. Combined with his 358 rushing yards, he set a new NFL single-season record for all-purpose yards.

So, even if Burrow and the Bengals manage to go into Arrowhead this weekend and beat the Chiefs with a hobbled Mahomes, I’m still not sure they’re going to be changing the stadium name anytime soon. But Kansas City is going to have to find a way to come out on top, because I’m not sure Cincinnati is going away in the near future. Regardless of where the game is played, this probably won’t be the last one in the postseason between these two.