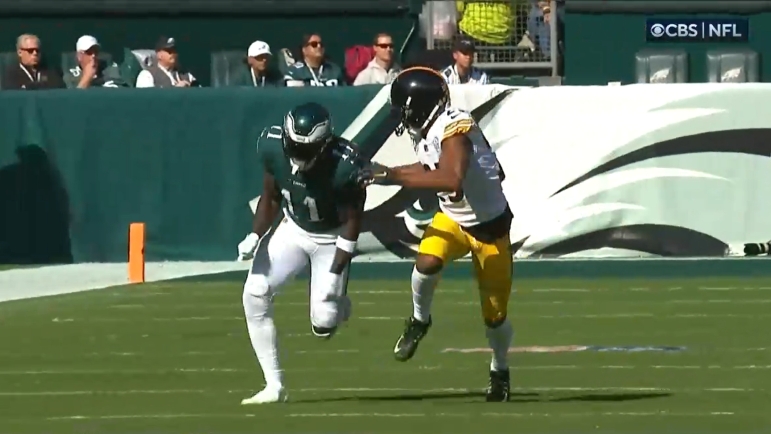 The Pittsburgh Steelers currently have three cornerbacks due to be under contract for the 2023 season who have experience playing in their system in Levi Wallace, Arthur Maulet, and Ahkello Witherspoon. They also have William Jackson III, who was acquired via trade and is a very experienced player, and James Pierre is due to be a restricted free agent. Cameron Sutton is the priority free agent of the group.

But what to do about it? How much does that depend on the rest of the group? It’s hard to say that it can be much, given that players like Jackson—who has an enormous cap hit that would have to be adjusted even under the best-case scenario—and Witherspoon have offered little to be encouraged about.

A 2021 trade acquisition, Witherspoon played the best football of his career in the back half of that season, enough to earn the right to open this past season as a starter across from Sutton after the team moved on from Joe Haden. Even before the injuries mounted, his play on the field was very lacking. It was a difficult season for him, but he wants to run it back in Pittsburgh, with whom he is under contract through 2023.

“This is where I enjoy being”, he told Chris Adamski of the Pittsburgh Tribune-Review last week, saying that he “absolutely wants to remain with the Steelers. “I think these people respect me and understand who I am as a person. They see it’s not always pretty, but that I just come to work every day focused, and I just enjoy the opportunity to put on the black and yellow”.

A 2017 third-round draft pick of the San Francisco 49ers, Witherspoon had an up-and-down tenure out west, moving in and out of the starting lineup. He signed one-year, $4 million contract with the Seattle Seahawks in 2021 as a free agent, which the Steelers inherited when they dealt for him via trade in exchange for a fifth-round draft pick.

Though he sat on the bench for most of the season, he stepped up his game when he did finally get a chance to play, finishing the year with three starts in nine games, with three interceptions and nine passes defensed in just 368 snaps.

After moving on from Haden, the Steelers added Wallace via free agency in addition to re-signing Witherspoon, the two signing matching two-year, $8 million deals. They nominally competed to start, but a training camp injury assured that Witherspoon had the upper hand.

He played in and started the first three games of the season before succumbing to injury, sitting inactive while sidelined. He returned to play in week eight just before the bye, but struggled so much that the team actually benched him in favor of Pierre.

He continues to insist that he did not re-injure himself in that game, making no excuses for his performance, but that he aggravated his injury in practice the following week. He was placed on the Reserve/Injured List on December 3 and was never activated back to the 53-man roster, though he did return to practice.