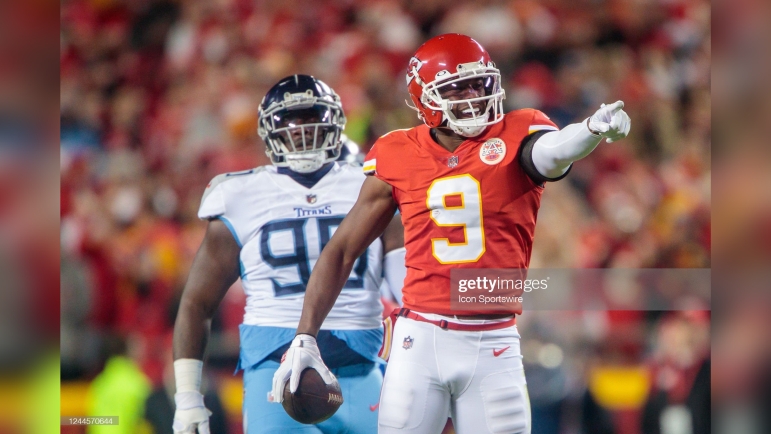 Former Pittsburgh Steelers wide receiver JuJu Smith-Schuster became an instant fan favorite in the city after he was drafted, and especially during his rookie season. It didn’t seem as though it took too long for that to reverse course, however.

His numbers were down, he dealt with injuries, and his presence on social media and how it was perceived to interfere with his job were major sources of frustration for fans. Yet he re-signed with the Steelers in 2021, before finally leaving in free agency the following year.

Now he’s about to play his first postseason game with his new team—the last team he lost to with the Steelers. That would be the Kansas City Chiefs, who had their way with Pittsburgh in the wildcard round last season. Now he’s part of the number one seed team and seeing things from another point of view.

“It feels [good] to be on this side of the ball”, he told reporters during a press conference yesterday when asked to contrast his feelings with his emotions going through that playoff loss last January, perhaps knowing it would be his last year in Pittsburgh.

“It’s amazing. Last year it was a tough situation coming in here and playing a great team”, he continued. “Now that I’m here and I’m going into this game, playing against another good team, it just feels good to be on this side of the ball”.

Now in his sixth season, this will be Smith-Schuster’s fourth playoff game. He went 0-3 in the postseason during his time in Pittsburgh, including the 2021 loss to the Chiefs, 42-21. A year earlier, they were beaten handily by the Cleveland Browns in a game that wasn’t nearly as close as its 48-37 final score indicates.

A two-year playoff absence preceded that Browns game, but the Steelers went 13-3 during Smith-Schuster’s rookie season in 2017. Like the current Chiefs, they even had a bye week, little good that did them against the Jacksonville Jaguars. And so he’s hoping to finally get over the hump this weekend.

“It would mean a lot”, he said, to finally get his first playoff win and advance to a conference finals. The Chiefs have been to three straight conference finals, in fact, including two Super Bowl appearances. “My rookie year, I got to this far and then lost against Jacksonville. It’s not the best feeling”.

Steelers fans have been feeling the same thing since then. Pittsburgh actually did make the conference finals a year earlier, but as Smith-Schuster’s career attests, they have had no success since then. They are in the midst of their longest drought since the dawn of the Super Bowl era, cemented by their not even qualifying this year for the third time in the past five.

As for Smith-Schuster, he’s acquitted himself well in his new environment. Playing with Patrick Mahomes, he caught 78 passes on the year on 101 targets for 933 yards and three touchdowns. The size of his role has varied over the course of the year, but he’s been a reliable weapon in Kansas City, posting his highest catch rate of his career with his highest yards per catch figure in three years.