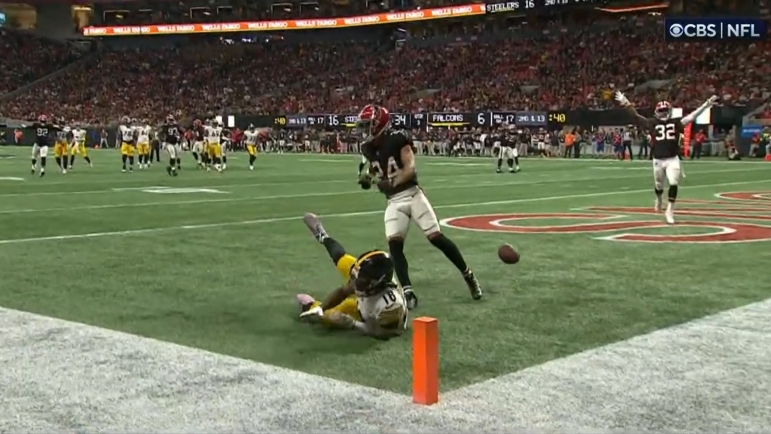 Question: What was the biggest factor that led to Diontae Johnson catching zero touchdown passes on the season?

The only people talking about this are Steelers fans, and even then the interest is fleeting. I’ll admit that straight away. But there’s no doubt that a wide receiver catching 86 passes in a season with none of them being a touchdown is notable.

That would be the story of Steelers wide receiver Diontae Johnson’s season. He just became the new record holder for the most receptions in a single season without catching a touchdown pass (or scoring any kind of touchdown).

In fact, I did a little further digging as well. Only two players in NFL history have ever had more catches than him while only scoring one receiving touchdown. Keyshawn Johnson caught 106 passes in 2001 with only one touchdown. Laveranues Coles caught 90 passes in 2004 with one touchdown. So even if he did catch one, he would still be in rare air.

But what is the single biggest contributing factor to this? Obviously, he had a couple of chances to snare a touchdown that he couldn’t complete—one of which at least was an outright unambiguous drop—but there are other factors at play as well.

There was the instability and inexperience at the quarterback position, for example. The Steelers only threw 12 touchdown passes all season, one of which was thrown by Chase Claypool to Derek Watt. Najee Harris got three of them. The closest thing to a legitimate connection was Kenny Pickett to George Pickens.

Then there’s the playcalling as well. Johnson did see a lot of targets in the redzone, but rarely were they high-quality opportunities. And the deep ball passing game really wasn’t there this year. Their longest offensive touchdown was just 31 yards. Yet he has 10 explosive touchdowns in his career, including four of 40-plus yards.