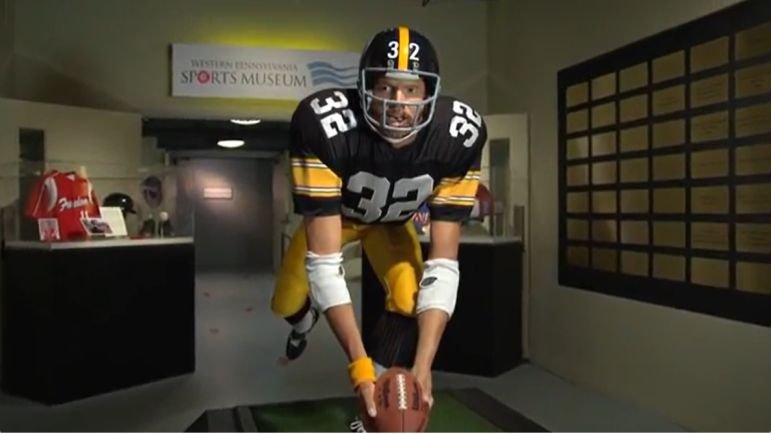 Two events related to The Immaculate Reception scheduled for Friday have been cancelled. According to The Trib’s Joe Rutter, the events that have been cancelled include a presentation by the Western Pennsylvania Sports Museum slated to feature Harris and other players along with a private screening of A Football Life: Franco Harris scheduled earlier in the day.

“The Western Pennsylvania Sports Museum has canceled its public event Thursday honoring Pittsburgh Steelers great Franco Harris following his death Wednesday. The program, entitled “Franco Harris and the Immaculate Reception: 50 Years Later” was set to take place at 6:30 p.m…Another event that is being canceled is a private event that was scheduled for 1:30 p.m. Friday at Stage AE on the North Shore. A screening of the NFL Network documentary “A Football Life: Franco Harris” was planned to be unveiled.”

According to The Trib, the panel was supposed to include Harris, Joe Greene, Frenchy Fuqua, and two Raiders players as they recalled that day, December 23rd of 1972. In the event’s place, the Heinz History Museum and the museum will be free to all visitors from 5-8 PM on Thursday the 22nd.

NFL Network is schedule to air A Football Life on Harris Friday night.

Per The Trib’s article, the Immaculate Reception ceremony is still scheduled to take place on Friday, held at the exact spot where Harris made his catch in the old Three Rivers stadium.

The Steelers also appear to move forward with Harris’ jersey retirement ceremony during halftime of Saturday’s game between the Steelers and the Raiders. Based on the article’s reporting and comments made by Mike Tomlin earlier today, the team doesn’t seem to have plans to cancel those events. And while they’ll be far more difficult to hold than they were 24 hours ago, it will be a celebration of Harris’ life and his memory that will in some ways, make the night all the more meaningful.

UPDATE (7:43 PM): Per NFL Network’s Mike Garafolo, the Steelers still intend to retire Harris’ jersey this weekend. Here’s what he said a short time ago.

“They’re still working through the details of what this is going to look like. But I did sense that there was a staunch belief in the building that there’s no reason to postpone this. This is still a chance to honor a legend.”