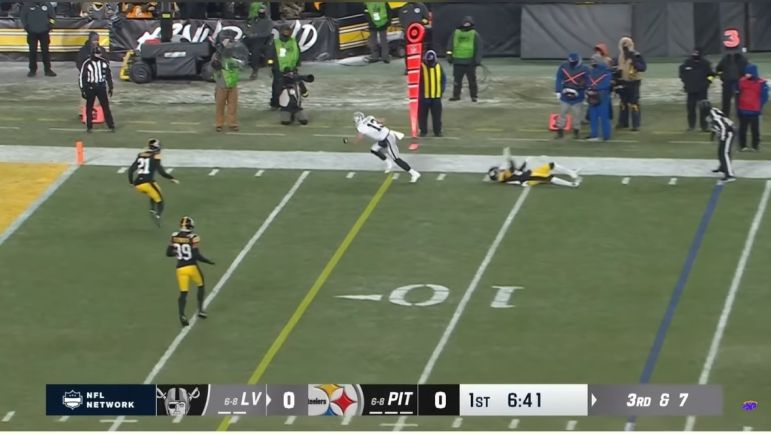 The bottom line is the bottom line. And the Pittsburgh Steelers allowed just ten points to the Las Vegas Raiders Saturday night, a winning formula 90% of the time. The Steelers’ defense kept the score down, kept the team in the game, and gave the offense time to put together the game-winning drive.

But for a defensive-minded coach like Mike Tomlin, he knows there’s always work to do. For him, starting faster is key after the Steelers’ defense allowed an opening score on the Raiders’ first drive. On the latest episode of his The Mike Tomlin Show, Tomlin said a faster start will be important over the next two weeks.

“I really was,” Tomlin said when asked if he was proud about the overall defensive output. “But at the same time, I think we all acknowledge we can’t start the way we started it. In a limited possession game like we anticipated…it is important that you play in those game from even or ahead. The fact we allowed them to start fast and put ourselves seven points behind, that was the appropriate response to that start.”

To kick the game off, the Raiders went on a 14-play, 72-yard drive that chewed up over eight minutes of the first quarter capped off by this Hunter Renfrow touchdown, catching this ball against Cam Sutton and then juking safety Tre Norwood to get into the end zone.

Raiders strike first! Derek Carr somehow gets this in there to Hunter Renfrow, Renfrow makes a man miss & gets in for the 14 yard TD! pic.twitter.com/fqpa7wTlW1

That drive was in large part aided by a 3rd and 16 conversion the Steelers disappointingly allowed, letting RB Ameer Abdullah take a designed checkdown and convert. Three plays later, Derek Carr found Renfrow for the first points of the game.

But from there, the Raiders’ offense did next to nothing. They scored only three more points the rest of the game and were blanked in the second half, having as many turnovers as first downs, three each. Pittsburgh got stop after stop to give their offense plenty of chances to score and the offense cashed in when they needed it the most, Kenny Pickett leading a 76-yard drive and hitting George Pickens with under a minute left to win. The defense made one final stand, Sutton with a great diving interception, to seal it.

To Tomlin’s broader points about faster starts, the Steelers have allowed 76 first quarter points this season, sixth-most in the NFL. Pittsburgh’s defense is far better in the second, (13th in points allowed), third (14th), and fourth quarters (11th) than they are beginning the game. Similar to their offensive issues, perhaps it speaks to a poor level of game planning but a good-enough level of adjusting. Sunday night’s game against Baltimore shouldn’t expect many points but Pittsburgh can’t allow the Ravens to jump on them early and stay within their game plan of running the ball and allowing backup QB Tyler Huntley to manage the game.