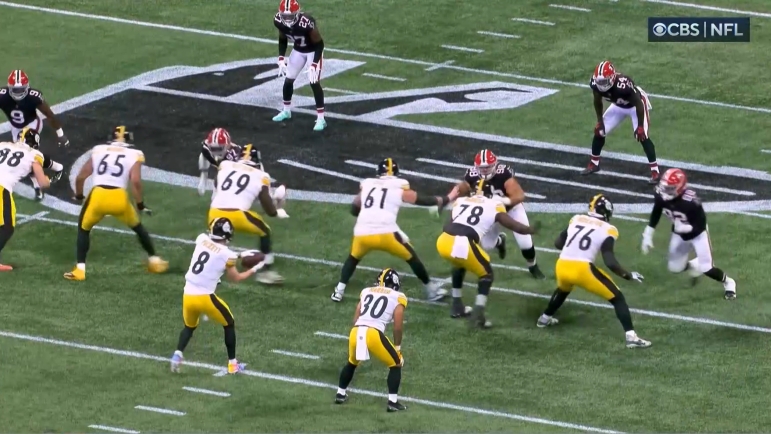 You’re probably pretty happy about how things have developed over the past month if you’re a Pittsburgh Steelers fan who’s a believer in the TOX differential. TOX is a predictive statistic that suggests that a team who finishes a game plus-two in the differential has a high likelihood of winning.

What is TOX? It’s the combination of a team’s turnover and explosive play differential. If you finish a game with at least two more combined takeaways and explosive plays than your opponent, then you’re highly likely to have ended up winning that game.

The Steelers haven’t turned the ball over since October, while producing seven takeaways in that span. That’s a pretty big reason why they’ve been able to go 3-1 in that run, and it’s a figure that head coach Mike Tomlin is proud of.

The Steelers’ time of possession numbers have been moving in the right direction. They’ve had control of the ball for about 34 minutes per game or so over the course of the past four weeks. Having long drives on offense combined with a takeaway or two per game can be the difference, which is big for the defense. And having an offensive line that can help move the ball consistently has played a role in that.

“I think our line is doing a good job, increasingly so with each passing week”, Tomlin said. “But we’ve talked often about that. The general improvement, whether it’s the offensive line, whether it’s the runners, whether it’s Kenny [Pickett] himself individually, I think its a reasonable thing to expect guys to continually get better with each opportunity, particularly when you’re young or you don’t have an extended resume as an individual or as a collective”.

While Pickett’s growth has been incredibly important to these recent developments (after all, he’s primarily responsible for the ball not being turned over), the ability for the Steelers to consistently run the ball thanks to the offensive line’s development has been a literal game changer.

The Steelers hired a new offensive line coach this year, one who represented the largest culture shock that room has seen since Mike Munchak came in back in 2014, really significantly changing what the linemen are asked to do. That took a period of adjustment, but we’re starting to see results.

Not that there isn’t still plenty of meat on the bone, throughout the team, in all phases, including special teams. It’s all about an eternal pursuit of improvement, getting better every day. As long as you’re still heading in the right direction, you should be in good shape.