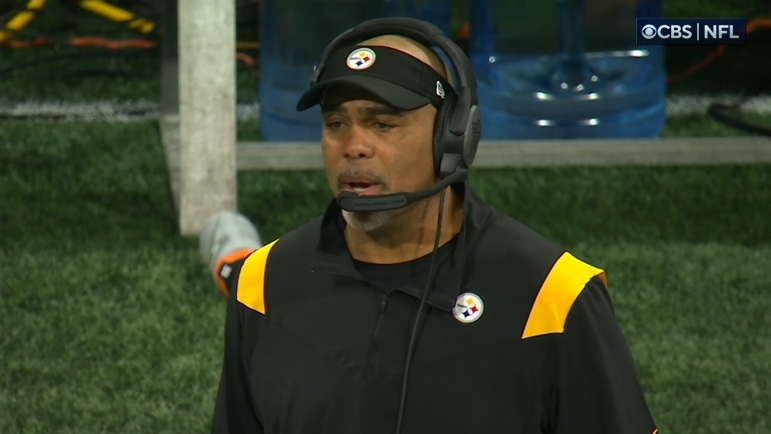 Over the last three weeks, the Pittsburgh Steelers’ defensive gameplan was clear. Stop the run. That was priority one, two, and three. Saturday night against the Las Vegas Raiders, DC Teryl Austin knows the approach will need some tweaks.

Speaking to reporters Thursday as shared by The Trib’s Chris Adamski, Austin discussed how the Steelers’ gameplan this weekend will need to shift.

“When you look at their skill position guys, they’re really good across the board…they have a few more things they can get to in terms of allowing us to really just stack the box, get as many people in the box,” Austin said. “That’s going to pose a big challenge for us.”

Steelers DC Teryl Austin on how unlike many other games in his stretch against run-heavy offenses, the Raiders offense is multi-faceted pic.twitter.com/fsm6qvnYLP

While the Raiders boast a potent running game, their pass game is certainly more powerful than what the Atlanta Falcons, Baltimore Ravens, and Carolina Panthers had to offer. Las Vegas is led by WR Davante Adams, one of the top receivers in the league who is averaging more than 100 yards and one touchdown over his last seven games.

As Austin also went on to note, the Raiders’ passing game is getting healthier. TE Darren Waller and WR Hunter Renfrow both returned for the team’s Week 15 win over the New England Patriots. At his best, Waller is one of the biggest nightmare matchups at the position while Renfrow is a crafty option-route runner from the slot. It’s all packaged with Derek Carr at QB, a far better arm compared to the likes of Sam Darnold, Marcus Mariota, and Tyler Huntley/Anthony Brown.

On the year, the Raiders are a top-ten scoring offense and capable of having breakout performances, five games this season with at least 30 points. Compare that to Pittsburgh, who have only done it twice over the last two years.

The biggest challenge is the Raiders aren’t a pass-only team either. In fact, they have one of the league’s better run games and a top back in Josh Jacobs, big and powerful and having a career year. He’ll surpass 1500 yards rushing early in this Steelers’ game and is averaging over five yards per carry, serving as one of the league’s workhorse backs. Pittsburgh can’t put all its focus on the run or pass game and will have to minimize both elements to come away with a win in a game where the loser will see its season end.