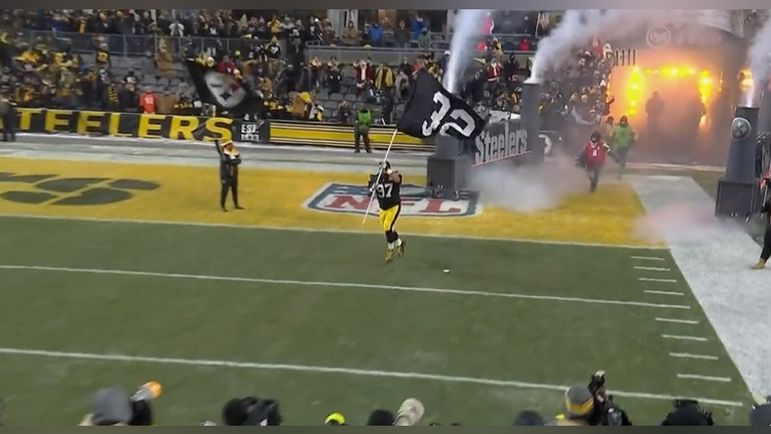 Winners and losers from the Pittsburgh Steelers 13-10 win over the Las Vegas Raiders Saturday night.

Cam Heyward: For much of the game, it felt like he was the only one who came to play tonight. Heyward played as if the Steelers’ season was on the line because it was. Heyward was a man possessed Saturday night with his bull rush looking as strong as ever, leading to a sack. He picked up another later in the game, finishing the play off a Minkah Fitzpatrick free rush. Heyward’s run defense was also stout with a big tackle for loss and he consistently collapsed the pocket. It’s his best game of the season and one of the best of his career.

Arthur Maulet/Minkah Fitzpatrick: Defensive backs mastering the tip drill with a couple of gifts from Derek Carr. But credit to both Maulet and Fitzpatrick who showed their focus and came away with key second-half picks. Too bad the offense couldn’t do anything with them. But it proved vital until the offense finally found the end zone.

Cam Sutton: And a special spot for Cam Sutton, who called game at the end of the fourth quarter. A great diving catch with 29 seconds left to salt the game away. Big plays by the DBs tonight. Sutton’s shown great hands all year.

George Pickens: For the game-winning touchdown. Get him in the slot, make the play. Big time play in a big time moment. Becoming a more well-rounded player.

Jaylen Warren: Warren did a little bit of everything tonight. Run, block, catch. Versatile and a ball of energy, he ping-pongs off blockers and keeps his legs churning. Low center of gravity and a very clear run demeanor. There weren’t any splashy or super explosive plays but he was consistently good tonight on what’s been a strong rookie season for the UDFA.

Second Half Defense: Big tip of the hat to the entire Steelers’ second half defense. Put on the field time and time again as the offense did nothing, they stood tall time and time again. Both Josh Jacobs and Davante Adams, the Raiders best players, were very quiet in this game and Pittsburgh got off the field over and over. They held firm until the offense put together a game-winning drive.

Matt Canada: It’s easy to nitpick a handful of plays throughout the course of a game and to his credit, Canada’s playcalling has been better over the last two months. But there was a lot of critical bad tonight. The decision to come out throwing early despite the weather; the Raiders had the right approach out of the gate. The decision to run a toss on 3rd and 2 against a good, fast-flow defense. Throwing a RB screen on the first play after Maulet’s interception despite Pittsburgh being the worst RB screen team in NFL history. Crucial errors in big-time spots and a bad gameplan out of the shoot.

The TE sweep to Connor Heyward was nice though. I’ll give him that.

Mike Tomlin’s FG Decision: Not even going to blame Chris Boswell for his missed 52-yarder. As good as Boz has historically been from that distance, tonight was a different story. In winds, bitter cold, a day where field goal kickers weren’t having success, it was a foolish decision to try to kick it. Even punting would’ve been a better option though Pittsburgh probably should’ve gone for it on 4th down. Mike Tomlin says he doesn’t live in his fears but too often, he does.

Tight End Blocking: There were some tough assignments against DE Maxx Crosby but Pat Freiermuth and Zach Gentry didn’t bring it as blockers in a game where the Steelers needed to run the ball well. Gentry especially struggled and his calling-card is blocking. He has the frame and strength to win those matchups. Led to too many negative outcomes and breaking up the flow of the play.

Tre Norwood: Raiders’ WR Hunter Renfrow cooked the Steelers on third down tonight. Cam Sutton missed a near breakup on Renfrow’s first half score but Norwood missed the tackle. Norwood has been a disappointment this year and struggled to see consistent playing time. He failed to make the second-year jump I thought he would. He would leave tonight’s game with a hamstring injury and if it’s bad enough, may not play again this year.