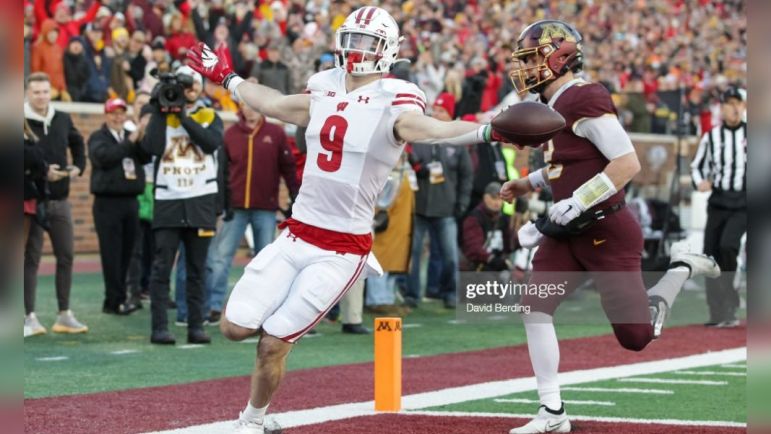 After a stint on the team’s practice squad earlier this season, the Pittsburgh Steelers are bringing back safety Scott Nelson to the practice squad, per Aaron Wilson of Pro Football Network.

Nelson, an undrafted free agent out of Wisconsin, originally signed with the Seattle Seahawks in May. He shuffled back and forth on and off Seattle’s practice squad before he was signed to the Steelers’ practice squad on October 4th, with the team dealing with injuries in the secondary. He was waived just a few weeks later on October 22 as guys started to get healthier on Pittsburgh’s defense. With safety Elijah Riley getting promoted to Pittsburgh’s 53-man roster on Saturday, Nelson adds additional depth at the position behind Riley, Terrell Edmunds, Damontae Kazee, Tre Norwood and Miles Killebrew. Edmunds and Norwood are currently dealing with injuries, so having another safety on the practice squad is good insurance in case of injury.

Nelson started 29 games in his career at Wisconsin, registering 125 career tackles and five career interceptions. He also had 15 career pass deflections and 11.5 tackles for a loss during his time with the Badgers. He also had an interception return touchdown in 2021 and his two interceptions in 2020 ranked eighth in the Big Ten. With just two games left this season, Nelson will likely be auditioning in practice for a role on the team in 2023 and beyond. The Steelers’ safety depth is pretty set right now with Riley getting promoted to the active roster, so Nelson is pretty much just emergency depth in case another safety goes down injured, as far as this year goes.

Still, the Steelers evidently liked him enough from his first stint with the team to bring him back again, so it’s clear there’s something they value with his skillset that could potentially lead to him to being a contributor in the future.