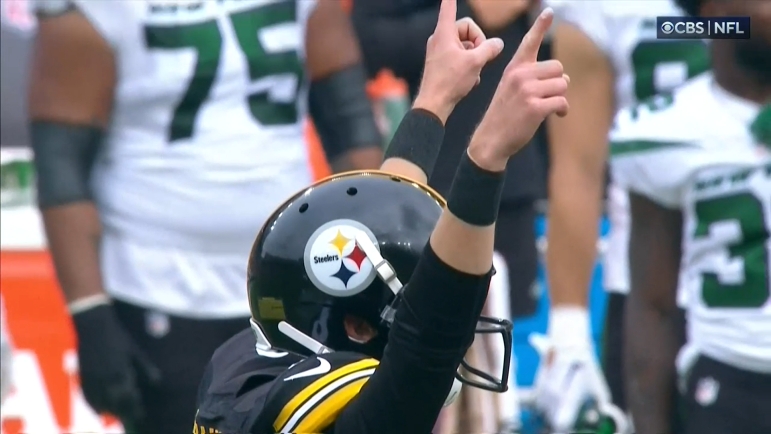 The Pittsburgh Steelers have activated kicker Chris Boswell from injured reserve to the team’s 53-man roster, meaning he’ll kick in tomorrow’s game against the Baltimore Ravens. The team made the announcement a short time ago. In a corresponding move, the team waived kicker Matthew Wright.

The Steelers have activated K Chris Boswell from the Reserve/Injured list and waived K Matthew Wright, the team announced on Saturday. #Steelers #NFL

Boswell suffered a right groin injury ahead of the team’s Week 8 contest against the Philadelphia Eagles. He was replaced by Nick Sciba for that contest but couldn’t heal up during the bye and was placed on IR prior to the team’s Week 10 game against the New Orleans Saints.

He was designated to return on Thursday and practiced the final two days of the week. One of the league’s best kicker, he’s gone 12/16 on field goals this year, highlighted by a 5/6 mark from 50+ yards, while making all nine of his extra points. Boswell in terms in time to play the Ravens this weekend. Games that are normally decided by just a handful of points, it wouldn’t be a shock to see this one come down to either kicker, Boswell or the Ravens’ Justin Tucker.

Wright was released to make room for Boswell’s spot on the roster. Signed before the team’s Week 10 game against New Orleans, he was solid in relief, going 12/14 on field goals and making all seven of his extra points. Over his final three games, he was a perfect 10/10 with a long of 52. He also played a key role in kickoff placement in Sunday’s game over the Atlanta Falcons.

The Steelers will host the Ravens tomorrow at 1 PM/EST.