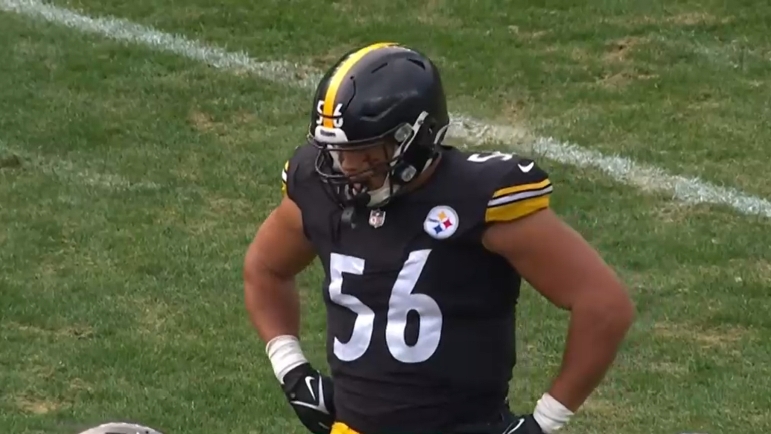 Pittsburgh Steelers EDGE rusher Alex Highsmith is having a breakout year this season, registering ten sacks and four forced fumbles. Highsmith, a native of North Carolina grew up a Carolina Panthers fan and lived only three and a half hours away from Bank of America Stadium. He would go on to play his college ball at Charlotte, breaking out his senior season and being drafted by the Steelers in the third round.

This Sunday will be a sort of homecoming for Highsmith, but despite this, defensive coordinator Teryl Austin does not see anything different in Highsmith’s demeanor or preparation this week.

“He’s got his typical Alex juice,” Austin said to the media today via team transcript provided by the Steelers. “He’s good. He’ll be fine. I think it’s always good when you can go back to your home state, near your hometown, you play, do those things. Those are always exciting for guys and guys usually enjoy that.”

Highsmith will be looking to add to his already career-high sack numbers, but that will certainly be difficult. Highsmith will be going up against Ikem Ekwuno, the sixth overall pick in the draft last April. Ekwuno is having a good season, allowing only four sacks according to PFF, and registering a respectable grade of 64.9.

Despite this, Austin has no worries about how Highsmith will fair in this matchup, saying he is confident in Highsmith’s ability to get the job done.

Something to watch for in this matchup is that Ekwuno can be jumpy at times, as he has picked up four false start penalties on the season. Highsmith is known for his quick get-off, which could worry the rookie leading to a couple of false starts. Ekwuno has picked up eleven total penalties, so with Highsmith’s skill, he should be able to push the Panthers back either due to a sack or forcing a penalty.

Highsmith’s homecoming will be fun to watch. It may be tough to get him to make too many splash plays due to the Panthers’ run-heavy offense and a good offensive tackle lined up across from him, but I am sure Highsmith will make an impact one way or another. It feels like every time a player has a homecoming game they get a +10 attribute boost, so it will be fun to see if it happens with Highsmith on Sunday.