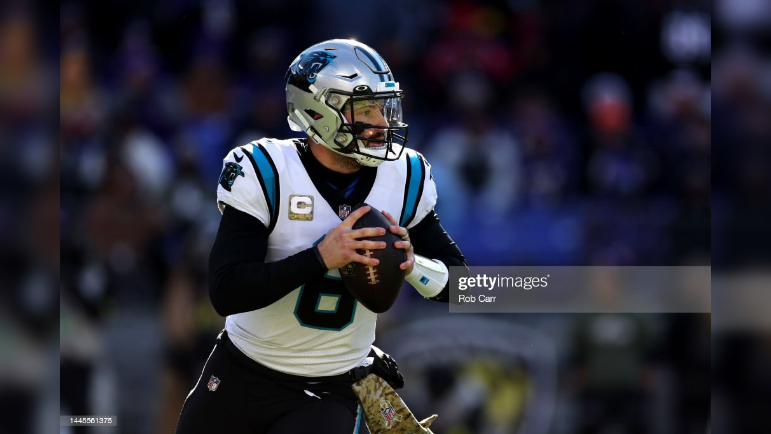 The Carolina Panthers have had quite a year in the quarterback room 13 weeks into the 2022 season.

Names like Sam Darnold, Baker Mayfield and P.J. Walker have started games for the Panthers, with Darnold being the current starter for Carolina under interim head coach Steve Wilks.

Turns out, changes are continuing for the Panthers as the franchise is expected to release Mayfield Monday, according to NFL Network’s Ian Rapoport.

Mayfield, who was traded to the Panthers from the Cleveland Browns prior to the start of the 2022 season, started six games and appeared in seven total for the Panthers. On the year, Mayfield threw for 1,313 yards, six touchdowns and six interceptions.

The decision to release Mayfield means that the former No. 1 overall pick for the Browns, who led Cleveland to a Wild Card round win over the Pittsburgh Steelers in 2020, will not get a chance to face the black and gold again. Pittsburgh and Carolina are lined up for a Week 15 matchup on the road, and for now, it appears that Darnold will be the starting quarterback in that matchup with Walker serving as the backup.

Mayfield will hit waivers on Monday and will likely find himself in a new home rather quickly.

Mayfield fell out of favor late last season in Cleveland with things coming to a boil following Pittsburgh’s Week 17 win over Cleveland in which they sacked Mayfield nine times. The Browns then proceeded to chase Deshaun Watson and traded for the quarterback this spring, sealing Mayfield’s fate, though he remained a Brown for months until they reached a deal with Carolina.

The Panthers sent back a conditional 2024 fifth-round pick while Cleveland retained a large portion of Mayfield’s salary. Mayfield also took a pay cut to help facilitate the deal.