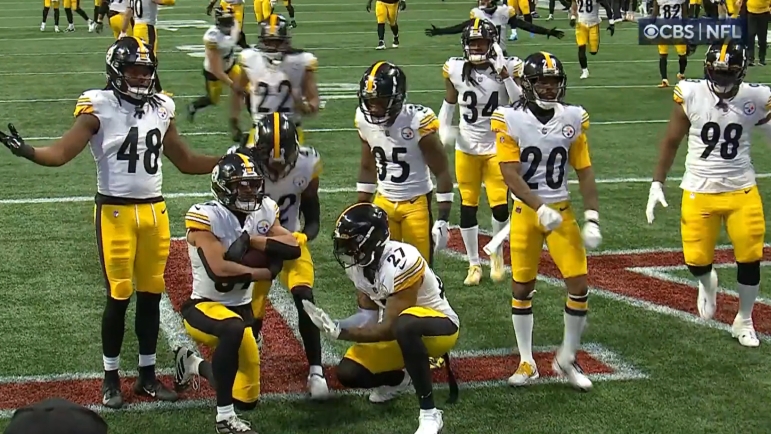 The Pittsburgh Steelers are not a team that in my lifetime I have ever seen give up on a season. Even back in 2013 when they entered the regular season finale having already been eliminated from the postseason, they played to win and they won. They don’t think about draft capital as it relates to win-loss records.

You can judge that on your own, but what it means in practical terms is that the Steelers are still trying to win the Super Bowl for the 2022 season, and as long as they have another game to play, they’re going to think they have a chance. They have to get into the postseason first, however, and while that remains an uphill battle, it’s one that looks a little less steep today.

Not only did the Steelers manage to win back-to-back games for the first time all year, and not only are they now only two games under .500 after winning three of their last four, they actually got some help from around the conference yesterday in their bid to sneak into the playoffs over the final two months of the season.

The race for the AFC North looks unrealistic, three games behind both the Baltimore Ravens and the Cincinnati Bengals, but they still play Baltimore twice. Nevertheless, a Wildcard spot is the easier path, and two of the teams currently situated in three of the Wildcard spots (the 8-4 Miami Dolphins and the 7-5 New York Jets) both lost yesterday. Of course, they both beat the Steelers so Pittsburgh would have to finish with a better record, meaning the Jets would have to lose at least three of their final five.

The Steelers are currently seeded 12th, though, yet two of the other four teams ahead of them beyond the division leaders also lost their games, the 6-6 Los Angeles Chargers and the 6-6 New England Patriots, so that’s four of the six teams ahead of them in the race for a Wildcard spot losing while they are gaining. And the Indianapolis Colts are now behind them with yesterday’s loss as well.

Things would look a lot brighter if the hole the Steelers dug themselves at the beginning of the year were not so deep, of course. Even one more win—ideally over the Jets—would have made a world of difference.

In fact, had they not let the game against New York slip away, both teams would be 6-6 right now. But so are the New England Patriots, so the latter would be in a better position. But the point is, they would only be even with the 6-6 Chargers if that one result were different. You’d have four teams sitting at 6-6 instead of two at .500 and another two one short or one over.

There’s no use crying over spilled milk, however. The losses won’t be reversed. All they can do is try to keep winning. Even that, very realistically, might not be enough, but then again, the Jets still play the Bills, Dolphins, and Seattle Seahawks, so…I’m not saying, I’m just saying.