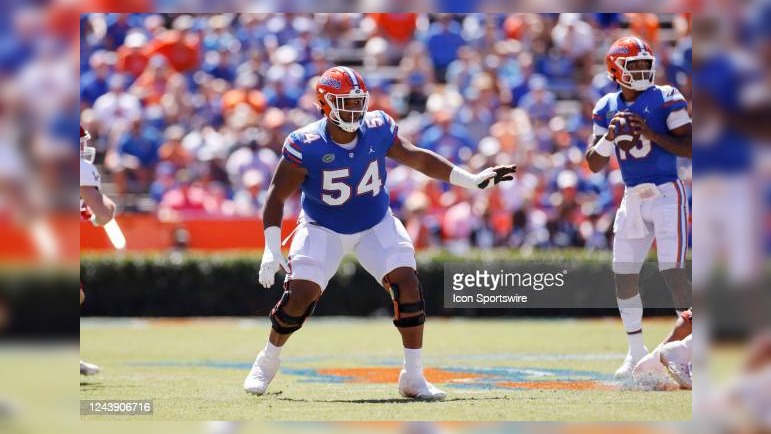 With the Pittsburgh Steelers currently sitting at 6-8, many have already set their sights on next year and specifically what the 2023 NFL Draft may have in store for a Steelers team that is projected to have their highest pick in decades, currently sitting at #14 overall. Things can change and Pittsburgh can pick up more wins to drop their current draft slot, but it’s never too early to go through mock draft scenarios and project player/prospect fits who the Steelers may be interested in given their current needs on the roster and the talent in this upcoming draft class.

Analysis: GM Omar Khan and Assistant GM Andy Weidl aren’t fooling around this offseason as they add some much-needed beef and nastiness in the trenches. Pittsburgh likely will opt to keep Mason Cole at the pivot and look to address one of the key weaknesses on the left side of the offensive line. While many will clamor for a LT here in the first round, Pittsburgh instead prioritizes the interior of the OL like they have done in the past and gets possibly the best pure guard prospect in the draft class.

O’Cyrus Torrence is the definition of a road grader, having the size and power to displace almost any man off his spot in the running game. Torrence also has impressive athleticism for his 6’5″, 347lb frame, being able to mirror in pass protection and find work while on the move. Torrence transferred to Florida from Louisiana this spring and ironically would replace fellow former Rajin’ Cajun Kevin Dotson at the LG spot. Adding Torrence to the OL would vastly help Pittsburgh’s ability to run up the middle while providing a solid pass protector that can develop into a long-term starter at the pro level.

Analysis: Pittsburgh faces tough decisions along the defensive front with Tyson Alualu, Larry Ogunjobi, and Chris Wormley all scheduled to hit free agency this offseason. Instead of bringing back multiple veterans on contract extensions, they could opt to inject more youth upfront with a player like Baylor’s Siaki Ika. He is a mountain of a man, standing 6’4″, 358lb, and plays like an immovable object against the run thanks to his size and strength, yet, is surprisingly nimble on his feet for tipping the scales over 350lb.

Built in a similar mold to Vita Vea of the Buccaneers, Ika came over from LSU when HC David Aranda took the job to become the man in the middle for the much-improved Baylor defense. Ika can be a starting NT Day 1 in the NFL with the pass rush upside to become a foundational piece on a defensive line.

Great to see #Baylor NT Siaki Ika officially invited to the Senior Bowl. One of the few true nose tackles in this years class. He will transform a teams run defense from Day 1. Provides plenty as a pass rusher too. Solid athlete for 6-4, 355 pounds.pic.twitter.com/zg3fJXYWJH

Analysis: The Steelers tried to go the cheap route and invest two-year deals with an average yearly value of $4 million into CBs Ahkello Witherspoon and Levi Wallace this offseason. While Wallace has played well at times, neither cover man should be considered a #1 CB. They address CB in the second round in this scenario, selecting Illinois CB Devon Witherspoon. Witherspoon posted 41 total stops, 2.5 TFLs, three INTs, and 14 PBUs. He was just named the Big Ten Defensive Back of the Year and was recently elected to Pro Football Focus’s 2022 All-American Team for his efforts this season. He has the makings to be a quality cover corner and has the physical play style Pittsburgh looks for in their CBs.

Analysis: While the Steelers addressed nose tackle in Round 2 of this mock, they still could add more beef to the defensive front, lacking a true starting option of the future opposite Cam Heyward at DE. They manage to land another Gator in this scenario, selecting DL Gervon Dexter who has impressive size (6’6″, 312lb) along with his strength to manhandle blockers. He has long arms and can be a handful to block when he plays with technique and leverage, but struggled with consistency this season, having moments where the motor would run hot and cold and would become a non-factor in games. Still, Dexter has traits you can’t teach at his size and presents Pittsburgh with a high-upside pick on the defensive line.

Analysis: The Steelers desperately need to add talent and playmaking ability at slot WR with Steven Sims and Gunner Olszewski not cutting it after the team traded away Chase Claypool. While rookie WR Calvin Austin III should be cleared for next season, he has missed his entire rookie season with a foot injury and isn’t a sure bet to be the team’s starting slot receiver Day 1 in 2023, making it extremely likely that the team will again look to find a diamond in the rough and select another mid-round receiver prospect.

WR Parker Washington recently declared for the draft after coming on strong for the Nittany Lions the last two seasons. He lacks ideal height (5’10″), but is a stout 215lb, having impressive play strength to fend off would-be tacklers as a runner after the catch as well as make those tough contested catches. Washington played a fair amount out wide at Penn State but would be a great fit inside as a sure-handed pass catcher, being a security blanket for Kenny Pickett that can do the dirty work over the middle as well as stretch the field and pick up YAC.

Parker Washington has officially declared for the NFL Draft.

This season Washington had 46 catches for 611 yards and two touchdowns.

He had a catch in every game he played in

Analysis: The Steelers desperately need to add EDGE depth behind T.J. Watt and Alex Highsmith to bolster the pass rush rotation and provide a reasonable replacement should either starter miss any time. OLB Nick Herbig looks to be the next Badgers pass rusher that will make the transition from the college game to the pros. He posted nine sacks last season and is near the top of college football with 11 sacks in 2022.

He plays with great effort and relentless pursuit of the passer, having good bend around the edge along with a clean dip/rip move at the top of his rush. He is a little light in the pants in terms of weight (6’2″, 228lb), but Herbig should be a reliable rotational pass rusher that could end up becoming a starting-caliber defender if he shows he can hold up well against the run at the NFL level.

Analysis: Plenty of yinz aren’t going to like this, but there is a good chance that the Steelers target a backup QB of the future in the 2023 NFL Draft. With Mason Rudolph scheduled to become a free agent and Mitch Trubisky likely to be released to save cap space and to give him a chance to start elsewhere (which I assume you are all fine with), the Steelers will need to add QBs to the room. While they could go out and land another veteran, what will likely happen is signing a low-cost backup option to mentor Pickett as the team’s QB1 next season and Pittsburgh use a Day 3 pick to groom their future backup QB.

Fresno State QB Jake Haener fits the mold of what you would look for in a backup QB. Haener had a down season in 2022, throwing for only 2,616 yards and 18 TDs compared to last season when he threw for 3,810 yards and 32 TDs. Still, Haener has shown that he can operate a spread offense effectively thanks to his accuracy and ball placement. He lacks ideal size (6’1″, 200lb) for the position at the next level, but his football intelligence will help him get drafted and an opportunity to become a long-term backup in the league.