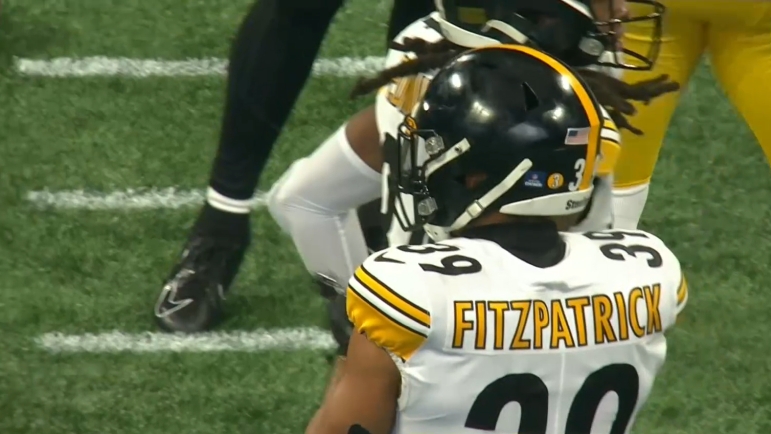 Pittsburgh Steelers safety Minkah Fitzpatrick is having another stellar season just after signing a contract extension that will keep him in the Black and Gold until 2026. Fitzpatrick has been so consistently good for the Steelers that it can be easy just to forget how good he is. Not only is he leading AFC free safety’s in the Pro Bowl vote, but also he is seeing praise from media outlets such as ESPN.

Today, ESPN’s Matt Bowen compiled a list of defensive backs and their best skills, and Fitzpatrick made the list in arguably the best category: “Most Complete Safety.” Writing on Fitzpatrick, Bowen gushed about how he can do it all.

“I love the tape on Fitzpatrick,” wrote Bowen. “There’s a physical presence to his game. And I see plenty of range, coverage ability and ball skills, whether he is playing the post, deep half or matched up in coverage. Fitzpatrick does it all. Plus, he adds a true playmaking element to this Steelers secondary. Fitzpatrick has returned one of his four picks for a touchdown while posting 74 tackles and nine pass breakups. He’s an impact safety who has also logged snaps in the slot (52), out wide as a corner (28) and rolled down as a linebacker or robber defender (60).”

As Bowen mentions, Fitzpatrick lines up all over the field making it difficult for quarterbacks to account for him which has helped him tally four interceptions on the season, the second most he has had in his young career. A known ballhawk, Fitzpatrick also lays the boom and is a great tackler. On the season this year, he has 74 tackles and missed tackle rate of only 5.1%. Last season, Fitzpatrick led the Steelers in tackles, showing he is fearless in making a play to help the team.

As a safety though, tackling is secondary in importance to stopping big passing plays. Like tackling, it is something that Fitzpatrick is good at. As mentioned he has four interceptions on the season, but Fitzpatrick also has nine passes defended against and has allowed a quarterback rating of 90.4 when targeted.

Even the ever critical PFF believes Fitzpatrick is having an incredible season, grading him at 85.2, highest of his career. Everywhere you look, Fitzpatrick is being praised. A jack of all trades, master of them all player, he is the cornerstone of the future for the Steelers’ secondary. A unit that needs to improve if the Steelers have Super Bowl aspirations, one of the most important positions is being filled by one of the best players in the NFL making the rebuilding of the secondary a little easier.

After a season where Fitzpatrick had a ton of critics, it is certainly nice to see the national media change their tone and see how good of a player Fitzpatrick is.