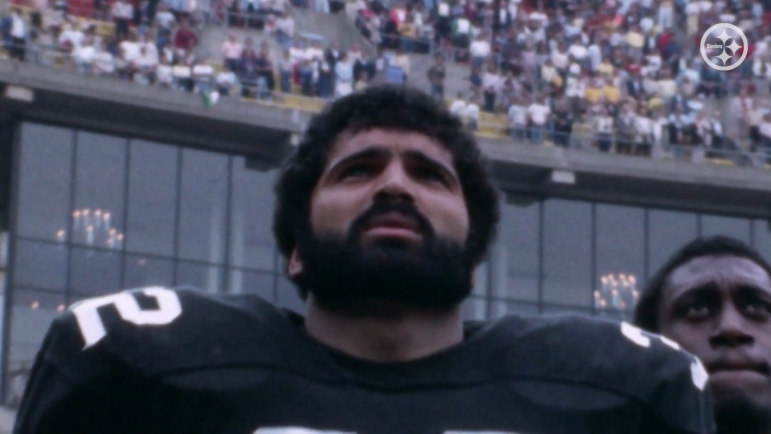 December 24, 2022 was supposed to be a very special day in the history of the Pittsburgh Steelers. It still was, but with a very different tone compared to its original planning. It marked the formal retirement ceremony for the No. 32 jersey worn by Hall of Fame running back Franco Harris, only he was supposed to be there for a celebratory event.

Instead, it suddenly turned into a memorial when he passed away just days earlier at the age of 72. By all accounts, his death appeared to have come out of nowhere and shocked the football world and beyond. And that the NFL broadcast of the game cut away for commercials while the stadium aired a tribute video to the recently deceased was disgraceful, as many felt.

“Oh man. That’s very disappointing,” Steelers defensive tackle Cameron Heyward said on his Not Just Football podcast when he was told of what happened during the broadcast. He himself had run out of the tunnel before the game waving a No. 32 flag. He was committed to the great being appropriately honored.

“That’s really mind-boggling that they would mess up something like that,” he added, “but there’s an opportunity to still watch it,” pointing out that the Steelers’ social media channels provided an outlet for anybody with internet access to watch the video for themselves. And that is included immediately below this paragraph.

The retirement ceremony occurred at halftime, so it’s not as though showing the full video montage would have taken away from coverage of the game. The time spent away from the video was filled primarily with commercials, which many saw as particularly distasteful for what was billed as such a special occasion.

After all, it was also the day after the 50th anniversary of the Immaculate Reception, which has only been voted as the single greatest play in NFL history, and the game was being played between the two teams involved in that play 50 years earlier. And Franco, of course, was the one who delivered the play.

It is baffling, on some level, that the league could have bungled this. There surely had to be some awareness of the fact that cutting to commercials while a video tribute to a Hall of Famer was rolling would be seen as disrespectful. At the very least, there should have been some coordination if it stemmed from some kind of miscommunication.

“Please turn your attention to the video board as we celebrate Franco Harris,” Acrisure Stadium PA announcer Larry Richert spoke during the broadcast, just before it cut to commercials. I mean, seriously. So if you were like me and didn’t get a chance to see the video before, please do yourself a favor and click the link above and give it a watch (unfortunately it can’t be embedded).