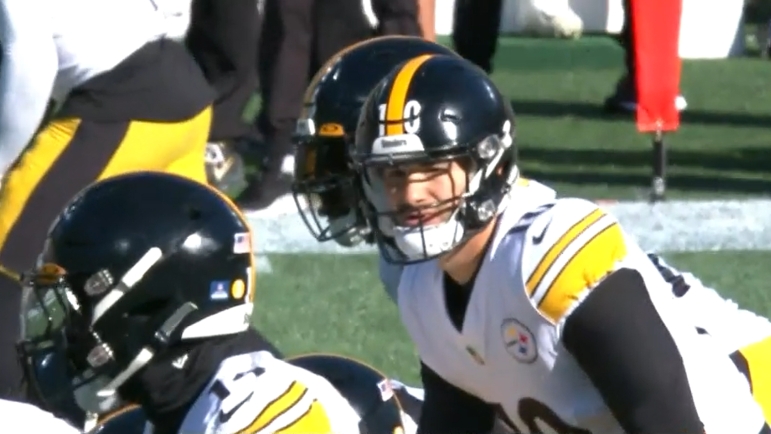 Last week, Mitch Trubisky tried to do too much against the Baltimore Ravens, throwing three crucial interceptions in a loss. This time around, in potentially his last starter as a Pittsburgh Steeler, Trubisky hit all the right notes. He wasn’t a Superhero and didn’t need to be, methodically taking care of the ball as the Steelers’ offense moved down the field.

Speaking to reporters after the game, Tomlin evaluated Trubisky’s play.

“I just thought he managed it well,” Tomlin said via Steelers.com. “I thought he kept the ball off the ground and played clean. He had a high completion percentage but it’s easier to do those things when you’re playing behind an effective run game. Can’t say enough about our big dudes up front and how they controlled it.”

Trubisky finished the game an efficient but not overwhelming 17/22 for 179 yards, no touchdowns, and no interceptions. Nearly half his attempts went to Diontae Johnson, who caught all ten of his targets for 98 yards in his best performance of the year, though a taunting penalty was an unfortunate moment that thankfully didn’t cost the team.

Trubisky didn’t have to do as much this week as Pittsburgh pounded the ball on the ground, running the ball an incredible 45 times. Their longest run was just 22 yards and that came from WR Steven Sims on a third down end around. No RB had a run longer than ten yards but Pittsburgh stayed committed and wore Carolina down similar in the way Baltimore did to the Steelers last week.

After a battle during the week of practice, Trubisky got the nod over veteran Mason Rudolph. Generally, Trubisky kept the ball short though he threw one go-ball to WR George Pickens who made another spectacular catch for 38 yards.

Kenny Pickett is likely to be cleared for the Christmas Eve with Trubisky returning as the #2. But if this is Trubisky’s final start, it was a good one. Not one for the history books but enough to get the win. And that’s all that matters as Pittsburgh tries to keep their playoff hopes going for at least another week.