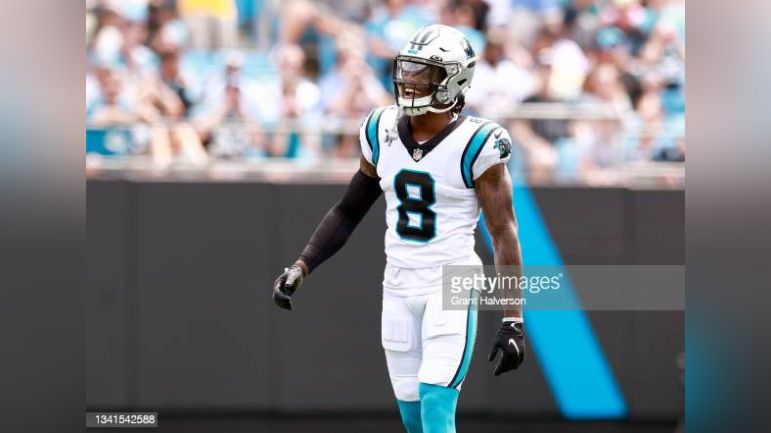 Mike Tomlin’s been coaching in the NFL for a long time. He’s reminded of that on a near-weekly basis. That includes this week when he sees Carolina Panthers’ CB Jaycee Horn on the other sideline, the son of great WR Joe Horn. On the latest edition of The Mike Tomlin Show, Tomlin was asked about seeing NFL sons on the field so often.

“It’s sobering, to say the least,” Tomlin told host Bob Pompeani with a smile. “Particularly when you look at a guy like JC. When I came into the league as a secondary coach, his dad was doing it big in New Orleans at the time. We were an NFC South team so I saw his old man twice a year and what he was capable of.”

Before there was Jaycee Horn, there was his dad Joe. A 5th round pick of the Kansas City Chiefs, Joe Horn is best remembered for his time in New Orleans. He spent seven years there, making four Pro Bowls and recording more than 500 receptions for over 7600 yards and 50 touchdowns.

As Tomlin noted, he broke into the NFL in 2001 as a secondary coach for the Tampa Bay Buccaneers, seeing Horn’s Saints twice a season. In Horn’s first game against Tampa Bay as a member of New Orleans, he caught two touchdowns. The next game, he went for over 100 yards and routinely tore up the Bucs’ talented defense along with the rest of the NFL.

Now, it’s Horn’s son Jaycee taking the field. A first round corner of the Panthers last season, he’s come on strong this year after suffering an injury in 2021. This season, he’s started 11 games and picked off three passes including one on his first play of the game in last Sunday’s win over the Seattle Seahawks.

“It’s cool to have that perspective, what a genetic game this is. To relay stories to young people about their parents. Let’s be honest, they see their parents as parents. So it’s cool to tell them a story about them as a profeessional…as opposed to dad.”

Pittsburgh knows and loves bloodlines as much as any team in football. The Heyward brothers, Cam and Connor, had their dad Craig “Ironhead” Heyward play in the NFL for many years. Terrell Edmunds’ father Ferrell played in the league. Ditto with Devin Bush and his dad Devin Sr. For years, Tomlin and the Steelers’ organization have touted the importance of those bloodlines. We’ll see which of the next generation comes out on top tomorrow afternoon.