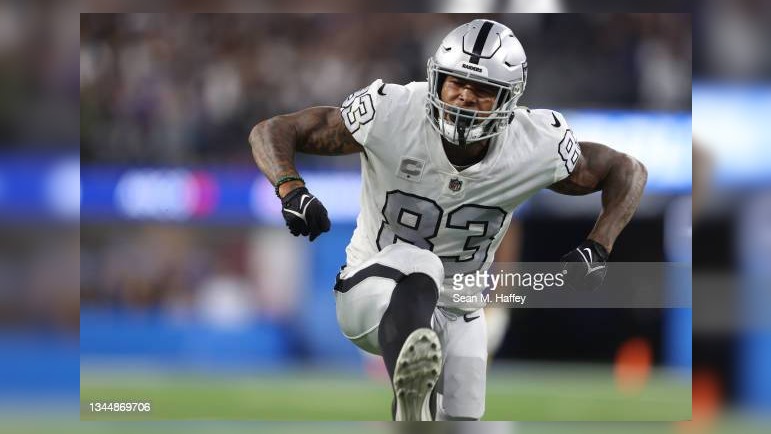 The Pittsburgh Steelers only have four games left in the 2022 season, and it looks like one of the remaining opponents may be getting some reinforcements.

On Wednesday afternoon, ESPN insider Adam Schefter reported that the Las Vegas Raiders have designated TE Darren Waller and WR Hunter Renfrow to return from injured reserve, opening up the possibility for both to return in-time for the Raiders’ matchup with the Steelers on Christmas Eve in Pittsburgh.

Hunter Renfrow was placed on IR back on November 10 with an oblique injury. Subsequently, Waller was placed on IR the same day with a hamstring injury that had been bothering him since the beginning of the 2022 campaign. Renfrow missed two games at the beginning of the season with a concussion and has only suited up in six contests this year, posting 21 receptions for 192 yards and zero TDs. This is a far cry from the production Renfrow had last season, being elected to the Pro Bowl after catching 103 passes for 1,038 yards and nine TDs in 2021.

Waller is recognized as one of the best TE in the game and has been a Pro Bowler in the past as well when healthy. He struggled with injuries last season, playing in only 11 games, and has had the same luck this season, appearing in only five games with four starts. All told, Waller has 16 receptions for 175 yards and a TD on the season, his worst performance since becoming a full-time starter with the Raiders back in 2019.

While Waller and Renfrow still need to be activated off IR and promoted back to the 53-man roster prior to their matchup with the Steelers on December 24, both players would benefit a Las Vegas offense that has struggled at times this season under first-year head coach Josh McDaniels. The Raiders currently sit at 5-8 on the season just like the Steelers and have been riding the backs of RB Josh Jacobs and WR Davante Adams in Waller and Renfrow’s absence. Getting one or both of these pass catchers back would boost a Las Vegas passing attack and present more matchup problems for the Steelers on the defensive side of the football.