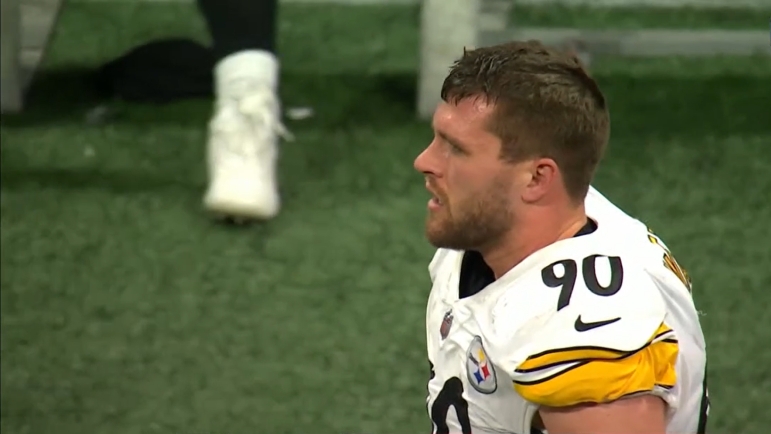 Not much of an injury report following the Pittsburgh Steelers’ 19-16 win over the Atlanta Falcons. But in a physical and tight game, the Steelers predictably came out of this one pretty battered, especially playing their second game in six days with back-to-back road games.

Speaking to reporters after the game, Tomlin gave a brief outline of injuries.

“Don’t know the totality of injuries,” Tomlin said via the team’s YouTube channel. “Bumps and bruises associated with play. I know T.J. was pretty beat up.”

Watt had a limited impact in today’s game, finishing with just three tackles and no splash plays. But the Falcons kept the ball on the ground and rarely presented true pass rush opportunities.

Najee Harris was limited early in the week, Tomlin said it was a coaches decision, but ran well and looked healthy in this game. Breaking tackles and getting yards after contact, he finished the game with 86 yards on 17 carries.

CB Levi Wallace and SS Terrell Edmunds briefly left the game with injuries but both returned to action.

The Steelers will take on the Baltimore Ravens next Sunday at 1 PM/EST. The Ravens have a slew of injuries and lost QB Lamar Jackson to a knee injury. His status for next week is unknown.