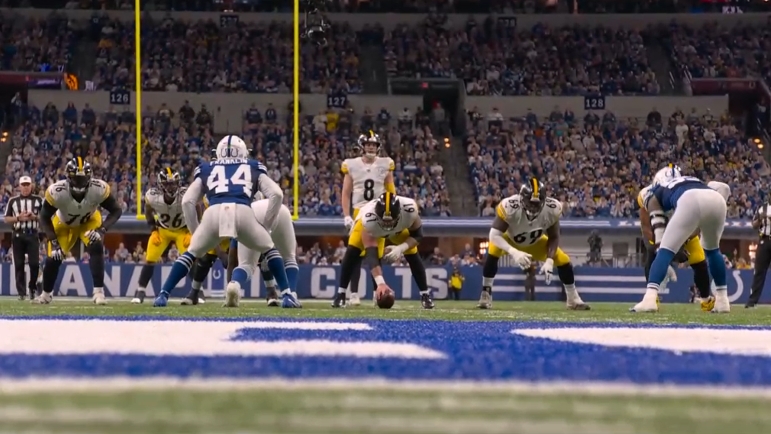 The Pittsburgh Steelers have struggled when coming out of halftime this season. It was a big reason for their loss to the Cincinnati Bengals a couple of weeks ago, and almost cost them the game against the Indianapolis Colts on Monday night.

In his weekly press conference, transcribed by the team, offensive coordinator Matt Canada outlined what needs to happen to avoid those slow starts out of halftime.

“Getting that first first down is a big deal” Canada said via the team. “After that we were okay again. So, I don’t have any magic—it’s happened, and we can’t let it happen, but we just have to make those plays and get going.”

The Steelers first two drives out of halftime resulted in three and outs, but after picking up a first down on their third drive, they ended up marching down the field and scoring the game winning touchdown. The game against the Bengals was a little similar in that they did not convert a first down in the second half until the fourth quarter. However, the offense never really got going in the second half of that game until garbage time.

Canada went into specifics of what went wrong on the first two drives of the second half in the Colts game, indicating that the plays were there and it was just an execution issue.

“I mean, some of that’s just plays, right? I think we had the play last week, we kind of went out and had one with Kenny [Pickett], it was a low throw to Diontae [Johnson]. If we complete that, we probably get a first down. The next series we had a third-down play there to George [Pickens] and we just didn’t quite come up with it.”

The Steelers offense has struggled execution most of the season, but to Canada’s point, they have looked good when getting that first first down. Looking at the Miami Dolphins game, after the Steelers converted their first first down of the game they had two scoring drives. Then halftime hit and they struggled again.

Pittsburgh’s offense is still a work in progress, but it has been improving recently. Play calling has gotten better since the bye week and the Steelers are sustaining longer drives, even if they are not scoring on all of them.

To pin the blame of the offense’s struggles all on Canada and the play calling or Kenny Pickett and the execution would be wrong and come because of bias. It is a mix of both, but thankfully as the season has progressed the offense has begun to move in the right direction, albeit it took an excruciatingly slow time to get here.