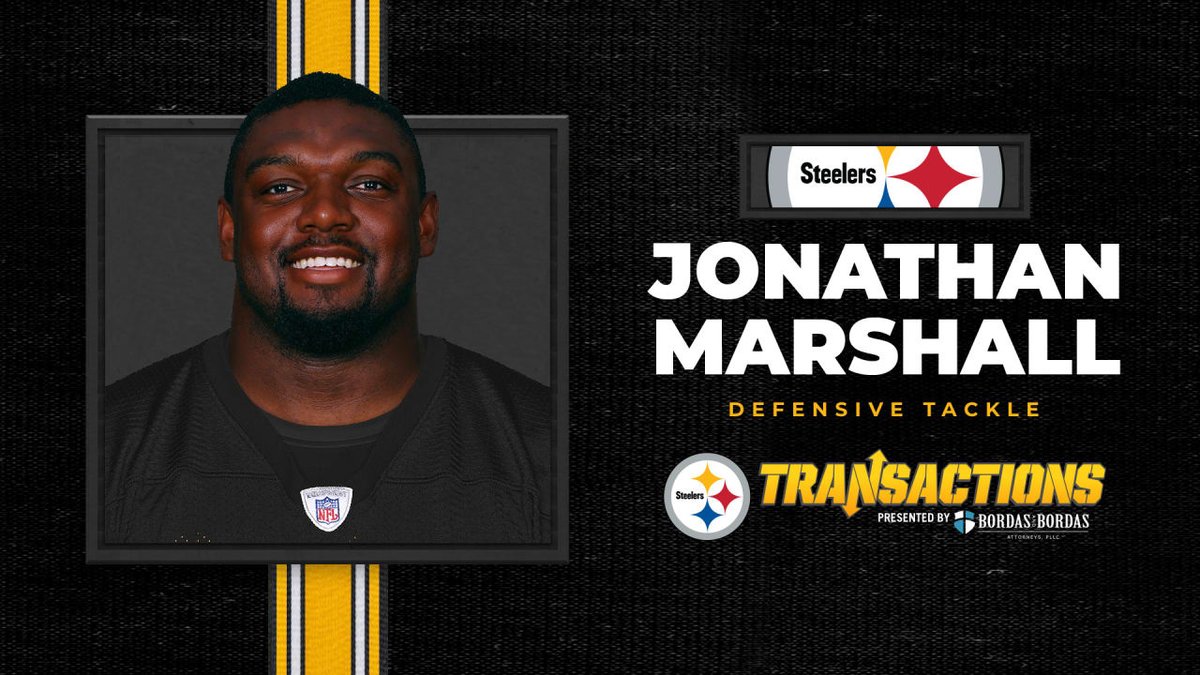 On Tuesday, it was reported that the Pittsburgh Steelers were going to sign DL Jonathan Marshall off the New York Jets practice squad to the 53-man roster with the move becoming official this morning. Marshall is expected to replace Dl Chris Wormley on the roster who tore his ACL Sunday against the Ravens, putting an end to his 2022 season.

Marshall just arrived in Pittsburgh to start catching up on the playbook in hopes of getting onto the field as soon as possible to show the Steelers as well as the rest of the NFL what he can do if given the opportunity.

When Marshall was asked prior to practice on Wednesday if there are any similarities between Pittsburgh and New York regarding their DL play, Marshall noted the aggressiveness that both schemes stress in terms of exploding off the ball to wreak havoc.

“They are all kind of similar, it was all about get-off with the Jets,” Marshall said of the Steelers defense according to 93/7 The Fan’s Jeff Hathhorn. “Here it’s the same thing, just attacking the man instead of the area.”

Jets HC Robert Saleh is known for having an aggressive defensive front that prioritizes disruption and getting up field as penetrators against the run as well as pass rushers. He helped make the San Francisco 49ers DL one of the most feared units in all off football when he was their DC before taking the Jets HC job and now has done the same in New York having the likes of Quinnen Williams, John Franklin-Myers, Carl Lawson, and Sheldon Rankins playing at a high level.

While Pittsburgh has traditionally been more of a defensive front that has their interior DL take on blocks, times have changed since the early 2000s when Casey Hampton, Brett Keisel, and Aaron Smith suited up for the Black and Gold. The Steelers now have their defensive linemen attack more up field as evidenced by the performance of Pro Bowler Cam Heyward as well as Stephon Tuitt back when he was with the team.

Marshall is regarded as an athletic specimen along the defensive line, having a thick, stout frame with impressive strength and explosiveness. Given the issues upfront along Pittsburgh’s DL and the loss of Wormley, Marshall should get an opportunity to show that he can make an impact as a disruptive force at either nose tackle or defensive end in what could be an audition to be in Pittsburgh’s plans for 2023 if he plays well to close out the 2022 campaign.