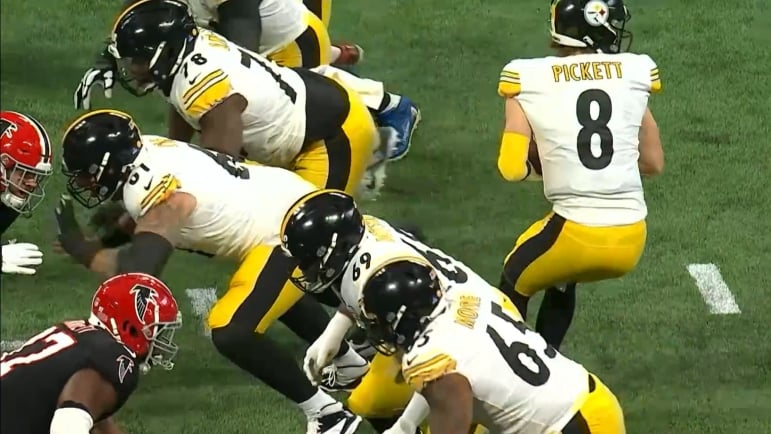 The 2023 season will be a rather large one for the Pittsburgh Steelers, regardless of how the final two weeks of the season play out for the black and gold.

Entering a new year entirely, it will be an important offseason for the Steelers as quarterback Kenny Pickett enters his second season, and other young players add a year under their belts. That doesn’t include the work the new front office regime in Pittsburgh featuring new GM Omar Khan, assistant GM Andy Weidl, and Director of Pro Scouting Sheldon White will have to do this offseason to help rebuild the Steelers into a winner.

With some serious cap space opening up and three picks inside the top 50 of the 2023 NFL Draft as of right now, the Steelers could really go from a team that hovers around .500 this season into a realistic contender in 2023, should the front office personnel hit on some moves in free agency to plug some holes, and hit on some draft picks at important positions moving forward.

For CBS Sports’ Cody Benjamin, that’s largely the point of emphasis as a New Year’s resolution for the black and gold, who detailed resolutions for all 32 teams Friday morning ahead of the new year. For the Steelers, Benjamin wants the black and gold to “build a Pickett fence” by investing in the offensive line in a major way.

“Rookie QB Kenny Pickett has shown lots of grit in a trademark Mike Tomlin season — ugly but never out of it — but the only way Pittsburgh’s going to get a proper read on his future is by giving him a more consistent front,” Benjamin writes regarding his New Year’s resolution for the black and gold, according to CBS Sports. “Many Steelers fans would argue that an offensive coordinator/philosophy change is actually more pressing, but the issues go hand in hand; you aren’t running any rhythmic offense if your guys aren’t getting push in the trenches.”

Since the Week 9 bye week, the Steelers have played much, much better in the trenches, especially in the run game. It’s still not where the Steelers truly want to be, which is one of the best rushing attacks in football, but it’s been rather solid overall since the Week 10 matchup against the New Orleans Saints.

With improved balance offensively, the Steelers have been able to move the football offensively with much more consistency compared to the first half of the season.

Still, there’s some help needed in the trenches in the run game, specifically at left guard and right tackle with Kevin Dotson and Chukwuma Okorafor.

The popular belief is that the Steelers need to replace left tackle Dan Moore Jr., but he’s been their best run blocker by far. Adding a mauler in the run game at left guard or at right tackle and upgrading on the likes of Dotson and Okorafor could be what unlocks the offensive line in the run game, taking some of the pressure off of Pickett moving forward.

The best way to develop a young quarterback is to lean on a successful run game. In recent weeks the Steelers have been able to do that, which has helped Pickett have some of his best performances of the season.

Pittsburgh certainly believes it has a guy at the position once again. Now, they have to do their best to protect him and truly build around him.