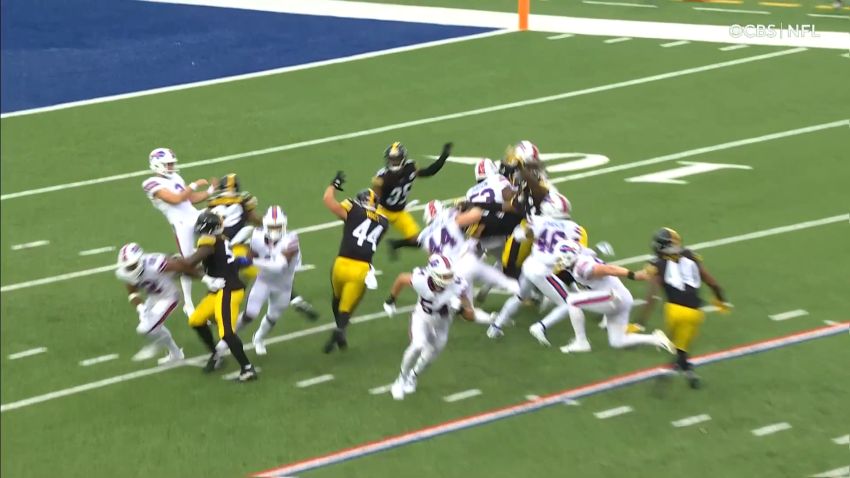 Offensive and defensive units are more than capable of making a lightning-quick splash. The Pittsburgh Steelers should know that. They gave up a 99-yard touchdown against the Buffalo Bills earlier this year on defense. Safety Minkah Fitzpatrick’s 31-yard pick six in the opener was pivotal in beating the Cincinnati Bengals in Week 1.

But in terms of percentage impact, neither offense nor defense can compare to special teams. You only get so many plays per game, but the odds of a big return or some other dynamic event are greater on a play-to-play basis and can have a direct impact on wins and losses.

Just ask Miles Killebrew, who had a hand—literally—in a huge win in last season’s opener when he blocked a punt against the Bills that was returned for a difference-making touchdown by former Steelers linebacker Ulysees Gilbert III. It was the second of his career and he got another one later that year. Now he’s constantly chasing the rush of that incomparable feeling.

“I’ve intercepted the ball at this level. I have a pick-six to my name. I’ve forced fumbles. I have a couple TFLs,” he told Craig Wolfley for Steelers.com. “But there’s nothing, there’s nothing that correlates to blocking a punt. It is just an amazing feeling.”

The only thing that could perhaps compare to a blocked punt is a blocked kick, but while that does potentially take points off the board, it’s much less likely to result in flipping the field or producing points going in the opposite direction. And you really need to get into the backfield for that one.

“It’s just so much fun to see that ball go the other way and everyone on the sidelines like, ‘Wait, what’s happening? I thought our defense was about to take the field’, and it’s like, nope, now we have the ball or maybe we scored and it’s just so fun,” Killebrew said.

He talked about understanding exactly what the punt coverage unit guys are thinking, because he’s in the same shoes. Fortunately for him, they haven’t had a punt blocked against them since he has been here, though they have had a blocked field goal.

“There’s just something about being able to connect that is just intoxicating, addicting, really,” he admitted, with the confidence behind it. “I almost expect to do it every single time now that I know what it takes to get there, now that I’ve done it before.”

He said that the first time he blocked a punt, back when he was still with the Detroit Lions, it came as a complete surprise as if he didn’t know it was possible. Now that he has a handful under his belt, it’s a different story. “Now I kind of know what it takes and it’s something that I practice.”

He even said that he uses his dad to practice his moves to get into the backfield during the offseason. He knows where his bread is buttered, and that’s on special teams, but it’s also something that he loves because he knows firsthand just how impactful something like a blocked punt can be. That’s why he’s chasing that rush every time he goes out there. And that drive will get him back there soon enough.