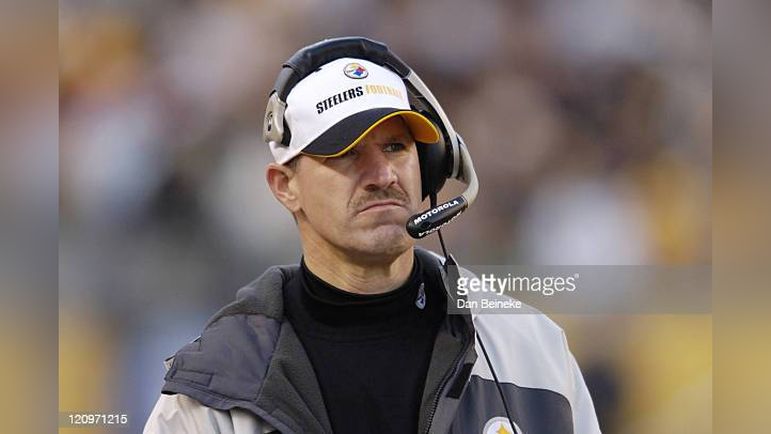 NFL Network has had several former and current Pittsburgh Steelers on air the last 24 hours after the tragic passing of Steelers all-time great Franco Harris to reflect on his life and legacy that transcended the one play that will be honored this weekend as the team officially retires his #32 jersey on Christmas Eve.

The latest former Steeler to come on the network is none other than former head coach Bill Cowher who joined Harris in the Pro Football Hall of Fame in 2020 and was officially inducted in 2021.

When Cowher was asked about Franco’s impact on the Steelers and the city of Pittsburgh, Cowher shared how Harris personally affected his life having been born and raised a Pittsburgh man through-and-through.

“He was a type of guy that so many times I would sit back, and he said, ‘Thank you for coming back and bringing back the running game, the deep pass, and defense,” Cowher said on NFL Network. “Because that’s what I grew up watching. That’s what I grew up… four miles from Three Rivers Stadium. And I watched him as a kid in high school and going to NC State and what they did to that city and bringing a sense of pride, a sense of what you stood for. The city of Pittsburgh, the blue-collar approach to it. Franco lived that out.”

We have lost an Icon in Franco Harris. He embodied Pgh in his Grace, Humility, & Sense of Pride. He was a Champion on the Field & Ambassador off it. Thank you Franco for setting the standard that we all strive to achieve as a Professional & as a Person. RIP & condolences to Dana. pic.twitter.com/3GtCgOpeOW

While Franco Harris was born in New Jersey, he became known as a Pittsburgh Steeler for life. After playing his college ball at Penn State and staying in Pennsylvania when he was selected by the Steelers, Franco Harris adopted the city as his own, embracing the lifestyle and values the Steel City was founded on. He, along with the rest of the 70s Steelers, embodied toughness as a blue-collared football team that ran the ball down their opponents’ throats while playing suffocating defense, earning the nickname The Steel Curtain.

Cowher got to see Franco Harris as a local when he was still in high school in Carlynton and continued to follow the team when he went on to NC State to continue his football career. While playing professional football wasn’t Cowher’s calling card, he was able to build off what he learned and admired from Harris and the rest of those great Steelers’ teams into a great coaching career that led him back to Pittsburgh and win a Super Bowl in the place he had long called home.

Still, While Cowher is appreciative of everything Harris did on the field during his career, he is even more appreciative of the work Harris did long after his playing days were done. Whether it was as an alumni representing the team and supporting current and former players or his multitude of service projects and causes he supported as a first-class humanitarian, Cowher doesn’t know if anyone could ever come close to his legacy.

Bill Cowher: Franco Harris taught me 'what it meant to be a Pittsburgh Steeler' https://t.co/M1KsQn46wC #Steelers pic.twitter.com/1IdMbgd5Or