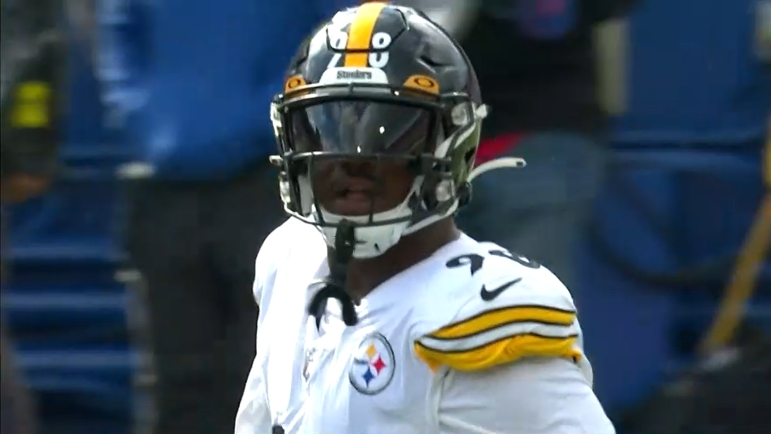 Pittsburgh Steelers rookie defensive lineman DeMarvin Leal looked to be hitting his stride before going down with a knee injury. Leal played a career-high 41% of defensive snaps in Pittsburgh’s Week 5 loss against the Buffalo Bills. Since returning, Leal hasn’t been a consistent part of the Steelers’ defense, playing just seven snaps against the Atlanta Falcons in Week 13 and 9 against the Baltimore Ravens last Sunday. Talking to the media today, defensive coordinator Teryl Austin said that Leal is a possible replacement for defensive lineman Chris Wormley, who tore his ACL against Baltimore, and that he has the unique ability to play both inside and outside.

“The one thing that Marv [DeMarvin Leal] gives you is he is such a really good athlete. He gives you flexibility to move him inside and out. That’s pretty unique for a guy his size. So, I’m not sure what role would suit him better. I just think we’ve got to put him on the field where we think it helps us the most. That’s really what we’ll do,” Austin said via official transcript provided by the team.

When Watt went down with a torn pec in Week 1, the Steelers experimented with a few different defenses to try and find a way to replace his production. One of them involved Leal playing as a standup outside linebacker. Leal’s athleticism was one of his most talked about traits as a prospect, and his versatility allowed him to play 3-tech, 5-tech and as a traditional 4-3 defensive end while he was at Texas A&M. Going back to the interior defensive line as a 3-4 end might be more suitable for Leal’s skillset, and it’ll be interesting to see if he’s given the first crack at replacing Wormley and how he does playing inside, as we haven’t seen that a ton from the rookie this season.

Even with the Steelers sitting at 5-8 and the playoffs looking slim, Austin said the Steelers won’t look to give more reps to Leal or second-year defensive lineman Isaiahh Loudermilk just to try to give younger guys more reps.

Given that Pittsburgh isn’t completely out of the playoff picture, it makes sense to play whoever gives you the best chance to win, regardless of potential or ability. Even if the Steelers are mathematically eliminated, Austin, who despite being at very little risk of losing his job, is still going to play the guys who give Pittsburgh the best chance to win.

At some point, you sort of know what a guy is through working with him in practice, and a few extra reps on gameday probably aren’t going to change a coach or organization’s opinion on a player. It’s going to be a group effort to replace Wormley, but that doesn’t mean young guys will get reps just because they’re young and the team wants to see how they handle it.