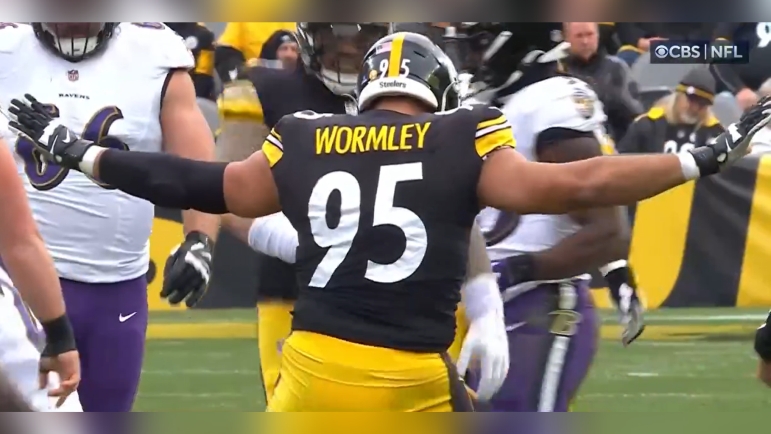 Earlier today, Pittsburgh Steelers head coach Mike Tomlin said that Chris Wormley’s knee injury would require surgery and he would be out. Now, we know the extent of the injury, as NFL Media’s Ian Rapoport tweeted that Wormley suffered a Torn ACL.

The injury is a brutal blow for Wormley, who is a free agent after the season and would’ve been due for a nice pay raise from the Steelers or another team. When he went down with a non-contact injury and was immediately ruled out, the fear was that he suffered a significant injury, and that appears to be the case.

Hard to tell for sure about Chris Wormley but looks like just a non-contact injury #Steelers #NFL pic.twitter.com/JtR9b6UTHG

Wormley had seven sacks for the Steelers last season, and while his sack numbers were down (he registered his first 0.5 sack against Baltimore before getting hurt on Sunday), he was a solid defender against the run and had registered 29 tackles, including three for a loss. A Torn ACL would obviously hinder his market entering the offseason, as it’s unlikely Wormley would be ready to start the 2023 season.

To fill the void left by Wormley’s injury, the team signed defensive lineman Jonathan Marshall off the Jets practice squad. Marshall is a former sixth-round pick by the Jets in 2021. With Wormley likely going on injured reserve, there will be no other roster move required to accommodate the signing of Marshall.

Hopefully, Wormley recovers quickly and can get on the field as soon as possible. The timing is obviously not ideal given his impending free agency, but Wormley will like to find some sort of market, even if it’s not quite as robust as it would’ve been if he didn’t suffer the injury.