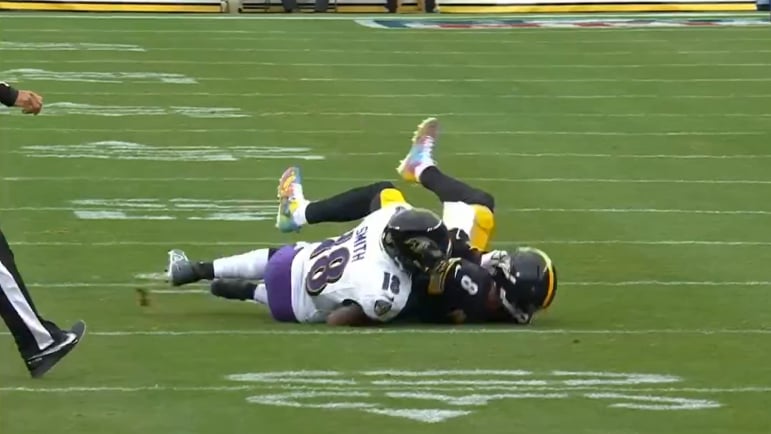 Question: Would you put rookie quarterback Kenny Pickett back on the field as soon as he clears the concussion protocol?

With Pittsburgh approaching playoff elimination territory, however, there are those, including beat writers, asking whether or not the Steelers should even play Pickett again this season.

It is true that suffering two concussions in a single season is something to be concerned about—tight end Pat Freiermuth did last season and he’s taking his cognitive health pretty seriously, though he suffered another one this year—but that doesn’t mean you just don’t play somebody if they’re medically cleared.

Sitting at 5-8, whether or not he plays again this year is probably not going to affect the outcome of the season. It’s rather unlikely that they go 4-0 from here on out and make the playoffs regardless of which quarterback on the roster is under center.

But there is certainly plenty he can learn in four more games. He has made nine starts, but realistically has about eight games’ worth of playing experience. That’s half a season, and even sixth-year veteran Mitch Trubisky was talking in his post-game press conference of going through learning experiences that afternoon.

I think any regular reader of this site knows that I’m all about player health and safety, and I don’t take concussions lightly by any means. I do have my concerns about Pickett after suffering two concussions this year, just on a personal level.

But I don’t think that means he shouldn’t play again this season. Maybe he doesn’t play next week, but I believe if he is ready to go at some point before the end of the season then he should be back in the lineup.