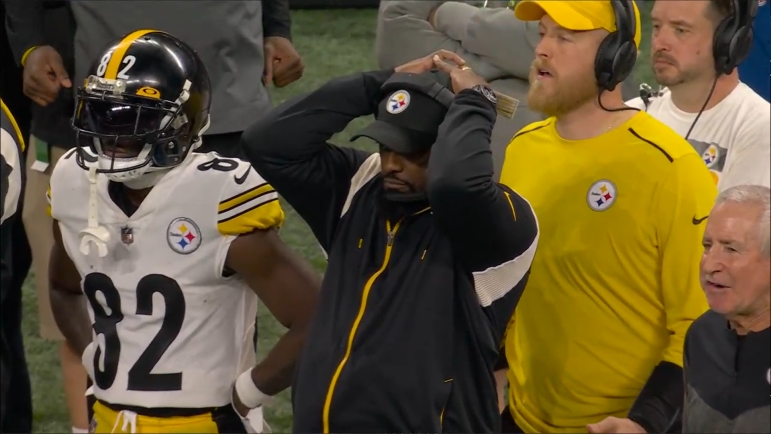 Question: How many meaningless games will the Steelers play this year?

No, friends, technically this isn’t one of them, at least not the way we’re defining them. A meaningless game in the regular season is one played in which the team in question is mathematically eliminated from playoff contention regardless of the outcome of all games played that week.

The Steelers can still technically reach the playoffs at kickoff time even though they’re sitting at 5-8 right now. They could even lose this game and still not be mathematically eliminated—they’ll need one of a few other scenarios to go against them for that to happen.

In other words, there could be three, two, one, or even zero meaningless games facing the Steelers after today, and that hinges greatly on what happens today. Can they beat the Carolina Panthers? If they can, then that instantly buys them an extra week of relevance.

If they lose and, for example, the New England Patriots win, then they will be eliminated, and the final three games will have no bearing on their chances of reaching the playoffs. Nothing they could do would be enough to get them in.

But what if they keep winning? They do have to play three teams with losing records. It’s not like they’re incapable of beating the Panthers and the Las Vegas Raiders and the Cleveland Browns. They’re not even incapable of beating the Baltimore Ravens. I mean, they had their chances in that one. they lost by two points despite throwing three interceptions, two in field goal range, and having a field goal blocked.

In other words, this is a team that is capable of winning games, so we can’t start the countdown just yet—even as much as some fans would prefer to just blow this season up and finish 5-12 for the most optimal possible draft pick.