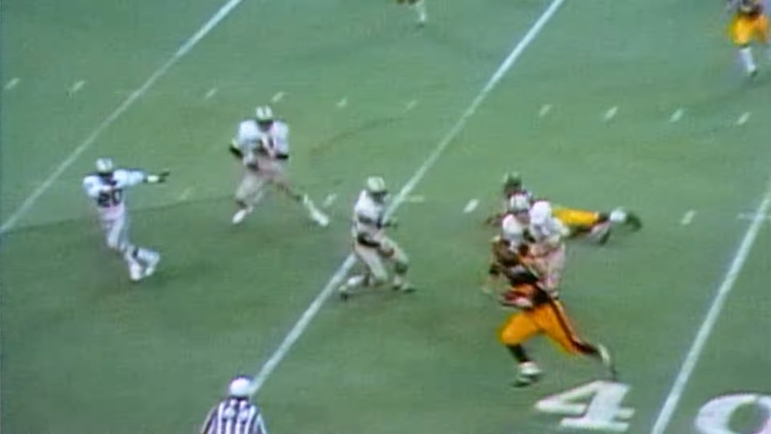 Question: How did the Immaculate Reception shape your fandom?

This question is obviously going to get widely varied responses because there are fans of all ages around. Many, many fans, however, got the opportunity to see the Immaculate Reception occur live, or to hear it on a radio broadcast.

As a ‘loveable losers’ franchise really up until that 1972 season (it was their first winning record since 1963 and just the seventh in franchise history), the Steelers probably didn’t get a lot of air time back in the day, but that Divisional Round game against the Oakland Raiders put them in front of a national audience in a way they had never been before.

Such an iconic moment was perhaps the first time many people outside of the local market got a chance to really see the Steelers play. My father is one of those fans. He was 10 years old when he watched it happen on TV. He was jumping up and down and screaming and his parents had no clue why.

He’s been a Steelers fan ever since. The 70s solidified quite a bit of the franchise’s longstanding fanbase, and with the dissolution of the steel industry, they ended up migrating across the country, one of the reasons Pittsburgh is among the most well-represented sports franchises on the road.

A lot of fandom stories start there. But of course lots of fans weren’t even alive when it happened. You might have guessed through the context clues of this article, but I wasn’t born yet. My first real distinct football memory was watching the ’95 Super Bowl and then hearing the story of how my father became a Steelers fan.

Fandom always has a story. Many are simply born into it, of course. When it some to Steelers fandom, it’s hard to tell that story without Franco Harris and the greatest moment of one of the greatest careers Pittsburgh has ever witnessed.