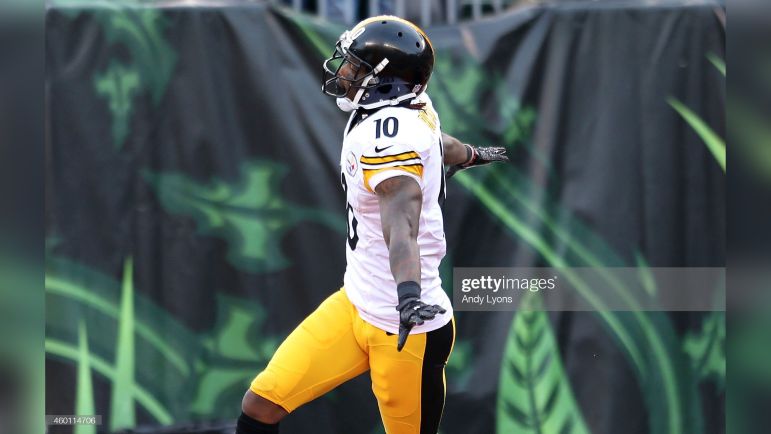 Martavis Bryant has a new home. The XFL is holding its player draft today as the league looks to restart after being disrupted by the 2020 COVID pandemic and Bryant is one of the first players off the board. He was selected fifth overall by the Las Vegas Raiders.

Vegas just got some more heat. The @XFLVipers select Martavis Bryant in the first round of the #XFLDraft.

The league’s draft had some parameters to it, the first round being for offensive skill positions only, so that’s perhaps one reason why Bryant was as high as he did. Still, it’s a surprising pick and indication that Bryant is looking to restart his career in this restarted league. Rod Woodson serves as the Vipers’ head coach with several ex-Steelers on staff including Darren Perry and Joey Clinkscales.

The last news we heard on Bryant came this March when the CFL Edmonton Eskimos released him. He never appeared in a game for the team, lasting just about a week with the club. The Toronto Argonauts’ signed him in 2021 but he never reported and was placed on the team’s suspended list before being waived.

Bryant was reportedly recruited by the Fan Controlled Football League earlier in 2022. He’s also spent time with the Indoor Football League’s Massachusetts Pirates, though it appears he only played in one game.

Pittsburgh drafted Bryant in the 4th round of the 2014 draft. A physically gifted receiver out of Clemson, he was one of the league’s athletic marvels with an unbelievable blend of height, speed, and overall athleticism. Despite playing only the back half of his rookie year, he caught eight touchdowns on just 26 total receptions and in 2015, averaged over 15 yards per reception with another six scores.

But Bryant’s never replicated that success since then. Suspended by the NFL multiple times for violating the league’s substance-abuse policy, the Steelers traded him to the then-Oakland Raiders in 2018 for a third round pick. Facing another suspension, the Raiders cut him before the start of the season, though he was brought back later in the year. 2018 would be his final year in the NFL, officially suspended that December, and never working his way back.

Turning 31 next month, he’ll try to revive his professional career in Las Vegas. The XFL draft continues today and will run through tomorrow when the league will draft specialists followed by 11 rounds of “open drafting” that will allow each team to select players at any position.