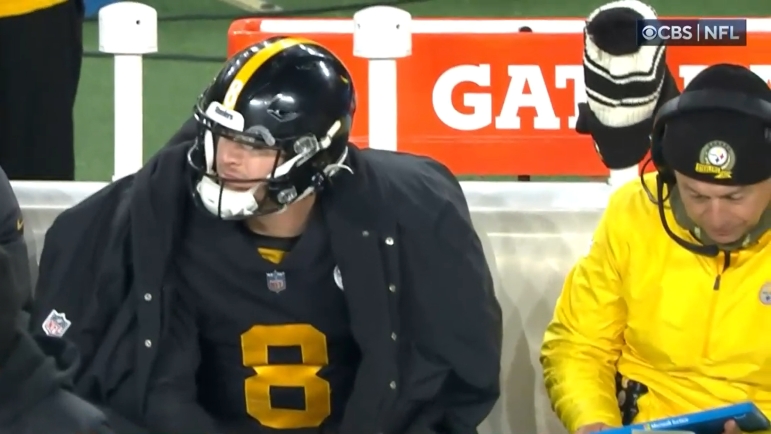 The Pittsburgh Steelers have not followed a single win with another one thus far in 2022. They have followed every first loss with at least one more subsequently, however. Sitting at 3-7 through 10 games, they have a chance on Monday night in Indianapolis to prevent their third losing streak of the year.

“There’s gonna be some juice there on Monday night,” former Steelers quarterback Ben Roethlisberger said on the latest episode of his Footbahlin podcast in previewing Pittsburgh’s upcoming primetime game against the Colts. Interim head coach Jeff Saturday was a part of his reasoning, but he wondered what the Steelers would bring into the stadium coming off of a deflating loss.

“It’ll be very interesting to see what that place is like, what the energy’s like, who’s coming to play,” he said. “If you’re Pittsburgh, are you thinking, ‘Okay, we saw something today, let’s ride with that’? Or are you saying, ‘We’re 3-7, playoffs are probably over, what do we have left?’.”

Elsewhere on the podcast, he did say that he believes the Steelers still have a chance to make the playoffs this year in spite of their record if they can manage to go on a run. Of their seven remaining opponents, five have losing records, including Indianapolis.

“I don’t think the Steelers are gonna go that way,” he said of the idea of the Steelers quitting. “There’s too many guys, from Cam [Heyward] to T.J. [Watt], guys on that team that I don’t think will let that happen. They’re not giving up. I don’t mean it like that. But just kind of, how are you feeling going into it?”

Indianapolis fired head coach Frank Reich earlier this season and dismissed some of their other coaches from the staff as well. Owner Jim Irsay named former Pro Bowl center and non-coach Jeff Saturday to the position of interim coach. He managed to win his first game, but lost on Sunday.

The Colts do have a better record than the Steelers, but both are looking up at a division leader sitting at 7-3, so making the postseason through the division seems like a stretch for either club. Any postseason aspirations would almost surely effectively end for whoever comes out on the losing end of this one.

Pittsburgh allowed only 10 points defensively two weeks ago. On Sunday, the offense put up 30 points. Somewhere in there is a complete game that has been trying to break out for months. Whether or not it ever will is another matter entirely.

But it sure wouldn’t look good for head coach Mike Tomlin’s resume to lose to a non-coach, even under the circumstances.