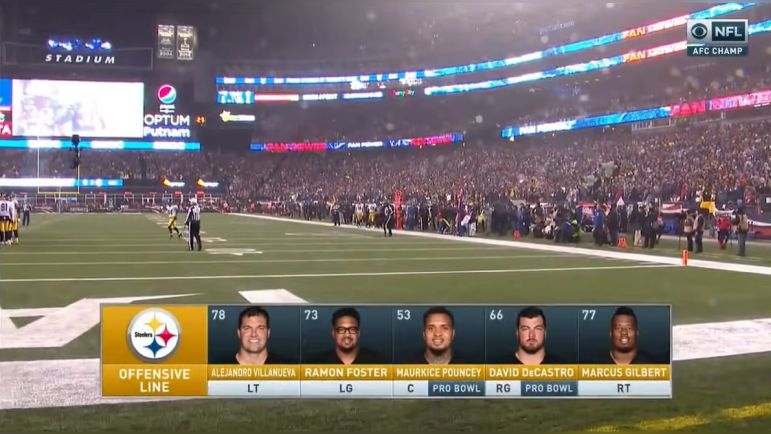 The Pittsburgh Steelers had a special offensive line from 2014-2019, and it was led by Maurkice Pouncey. Pouncey was the biggest name on that offensive line and was a starter from the time he was drafted to the Steelers in 2010.

He joined his quarterback Ben Roethlisberger on Roethlisberger’s YouTube podcast Footbahlin and talked about how important cohesion is to an offensive line.

“It takes more than just practice,” Pouncey said. “You got to really love them guys, and I think what we had was so unique. We got together on Thursdays. We would have a special dinner together, we would watch the Thursday night football games, and if we were playing a really good team we would go over some of the blitzes they would go over.”

The Steelers offensive line throughout the 2010s mostly consisted of Pouncey, David DeCastro, Ramon Foster, Alejandro Villanueva and Marcus Gilbert. The group was super close and was a top unit for most of the years they were together. One of the reasons for their success was because of how close they all were and those Thursday night dinners certainly helped.

However, despite them talking and watching football during those dinners, Pouncey made sure to emphasize that the football talk was not what was the important part of them.

“But it was more just the bonding time. Man, you would do anything for your brother.”

The friendship that offensive line group had transcended football and most of them are still very close. In fact, this year Pouncey, Villanueva, and DeCastro were all pictured together catching up and having a meal.

Pouncey continued talking about how important the cohesion of the five offensive lineman was, referencing how if one of them messes up then all of them mess up.

“As a lineman all five of them have to play together, and if one guy doesn’t play well all of them look terrible. If you don’t spend time together there you’ll never be a really great group.”

That is why Pouncey believes that the fact his offensive line was so close off the field that’s why they were so good on the field. They always had each other’s back and trusted each other that they would make the necessary blocks and pick up the stunts and blitzes to protect their quarterback.