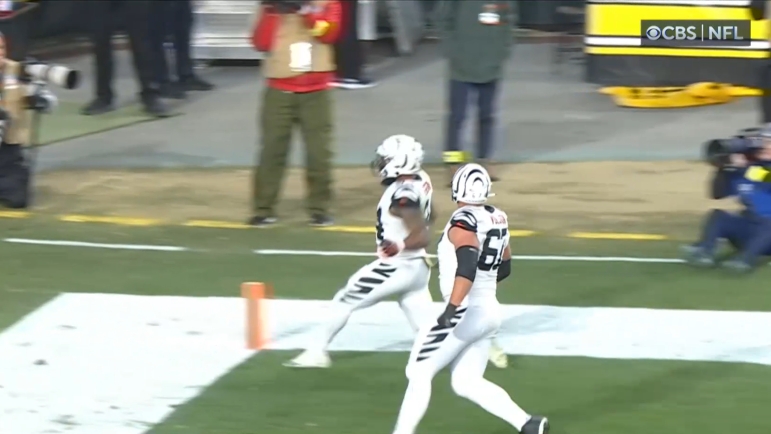 One thing the Pittsburgh Steelers have seemingly struggled to do on both sides of the football at this point in the season is something all teams should be able to do, especially at the NFL level: adjust.

Instead, the Steelers are either slow to adjust or don’t adjust at all, which has led to them falling into the 3-7 hole that they might not be able to get themselves out of this time, thanks to a frustrating 37-30 loss to the Cincinnati Bengals in Week 11 Sunday night at Acrisure Stadium.

Adjustments were on the mind of defensive tackle and team captain Cameron Heyward, who lamented the team’s inability to adjust and clean things up defensively against the Bengals, especially once star running back Joe Mixon exited the game with a concussion in the second half.

Already without star receiver Ja’Marr Chase, the Bengals’ explosive offense seemed to lack some firepower, at least on paper. On the field though, things fired along like a well-oiled machine for Cincinnati as Joe Burrow was locked in with Tee Higgins, and backup running back Samaje Perine had a career game, hauling in three touchdowns in the 37-30 win over the Steelers.

“Did he get there? TOUCHDOWN!!”

Following the frustrating loss, the Steelers were rather frustrated with the inability to make plays when they mattered most, along with being unable to adjust and take away things that were working for Cincinnati, at least from Heyward’s perspective, especially when it came to Perine’s work out of the backfield time and time again.

“I think when you’re dealing with the pass rush, you have to be able to have something to accommodate that or counter that, and we have to be a defense that adjusts,” Heyward stated to reporters, according to video via Steelers.com. “If they do one thing, they can’t keep going back to it well. We did not clean it up today on defense.”

After watching Perine race 30 yard to pay dirt in the first half on a simple screen pass into the right flat, the Steelers should have adjusted to account for Perine more as a receiving option out of the backfield, especially after Mixon went down with the concussion, knocking him out of the game.

Running back Samaje Perine running it back.

That's his 2nd TD of the game! #RuleTheJungle

Instead, the Steelers seemingly went with the status quo.

Perine burned them for two more touchdowns on catches of 11 and 6 yards, ultimately putting the game out of reach on his final touchdown catch, dragging two defenders into the end zone in the process.

The Steelers were desperately searching for ways to generate pressure on Burrow down the stretch, but in doing so they lost track of Perine far too many times out of the backfield, allowing the veteran running back to come through with big plays time and time again as a receiver out of the backfield.

Adjustments are key. The Steelers didn’t do it when it came to Perine as a receiver and they paid dearly for it.