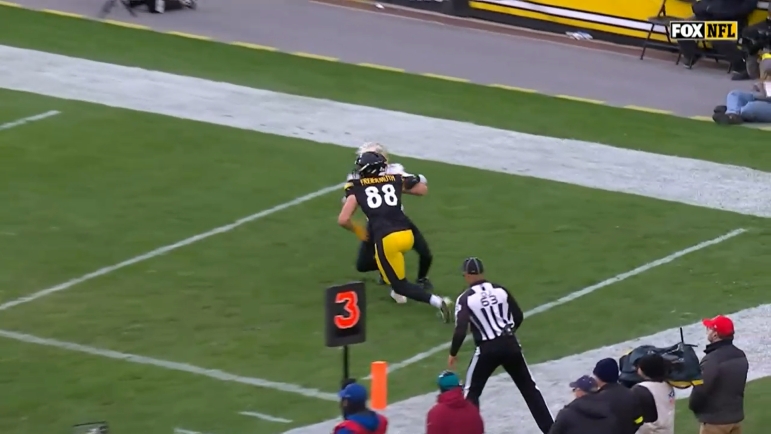 The Pittsburgh Steelers have been on the wrong end of penalties too often this season, particularly in terms of procedural penalties on the offensive side of the ball. While they did have one illegal formation penalty yesterday, they limited the damage overall and were flagged just three times.

On the other side of the ball was the New Orleans Saints, whose players came out of the game frustrated with their efforts, believing that their unforced errors via penalty played a major role in costing them the game. Their feelings were clear in their post-game remarks.

“A couple of those choice penalties, late in the second half, that hurts”, defensive lineman Cameron Jordan said. Safety Tyrann Mathieu had even stronger feelings about it. While he lamented the issues in the run defense, he took a bigger issue with the penalties.

Well, we can take a bit of a closer look at that surely and see how it stacks up to reality. To start, the defense committed a defensive pass interference penalty on their own 28 on the Steelers’ first-quarter touchdown drive on a 2-and-8 play. That set them up at the 17, and at least aided their efforts.

On their next drive, a roughing the passer penalty on 3rd and 8 from the Steelers’ own 22 extended a drive that ultimately led to a field goal, so there is that. It was the only penalty for either side during that possession.

New Orleans had an illegal hands to the face penalty on a 2nd-and-7 play that resulted in an incomplete pass from the Steelers’ 29 that gave Pittsburg a free first down. That at least spared them from facing a third and long.

The Saints were flagged for defensive pass interference on third and goal from the five one play before the Steelers’ final touchdown. Tight end Pat Freiermuth actually initiated contact, but the defender wrapped his arms around him

So there you have it. Pittsburgh was certainly aided by the Saints’ penalties, and vice versa was true as well. Penalties are, after all, supposed to penalize the recipient party. That’s why head coaches get so pissed off when their teams are highly penalized.