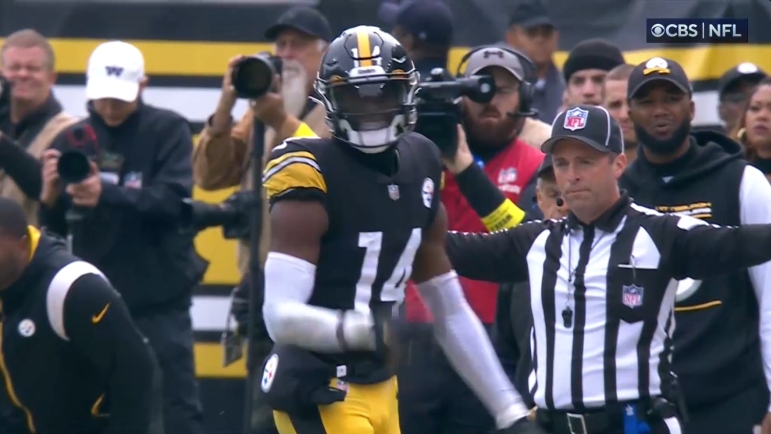 On Thanksgiving, the Pittsburgh Steelers held practice in preparation for Monday night’s matchup in Indianapolis against the Colts prior to having the rest of the afternoon and evening off to spend time with family and friends and celebrate the holiday.

Several Steelers were interviewed after practice, including WR George Pickens who is coming of a four catch, 83-yard performance against the Cincinnati Bengals last Sunday where he also reeled in a TD from Kenny Pickett.

According to the Pittsburgh Post-Gazette’s Ray Fittipaldo, Pickens mentioned in the interview that he doesn’t perceive practices at the NFL level to be very difficult compared to the practices he had with his former teammates back at the University of Georgia.

George Pickens said practices at Georgia were harder than the NFL because there was so much talent on the Bulldogs defense.

At first glance, this doesn’t seem like much of anything because Georgia’s defense was loaded last season, shutting down opposing SEC offenses in a run to a National Championship. However, when you look at the statement in the perspective of the Pittsburgh Steelers, it appears as if Pickens is stating that he believes the competition he faced in college in practice was more challenging that what he currently sees on a regular basis in the league in practices with the Steelers.

Granted, NFL practices are more about maintenance and mental preparation rather than physically beating up on one another like they used to back when Jack Lambert and ‘Mean’ Joe Green played. Still, this could be taken as some shade thrown out there by Pickens in the context of comparing competition level and difficulty from the college game to the pro game.

If you investigate it further, Pickens may have a point. Sure, the Steelers boast Pro Bowl, All Pro player like Cam Heyward, T.J. Watt, and Minkah Fitzpatrick on the defensive side of the ball which would be tough for any college program to compete with. However, it you look at it from Pickens’ lens and the defenders he had to face, Georgia did have S Lewis Cine and CB Derion Kendrick who are both currently in the league as well as CB Kelee Ringo and S Christopher Smith who are poised to make that transition to the pros after this season.

Given that Ringo is considered one of the top prospects at the position in this draft class, perhaps the battles Pickens had with the first-round hopeful were more challenging than those he has had with Ahkello Witherspoon, Levi Wallace, and James Pierre thus far in Pittsburgh. Pickens likely didn’t mean this as a shot to his current teammates, but possibly a shoutout to his former Dawgs currently in the league and those who look to be joining him to play on Sundays.