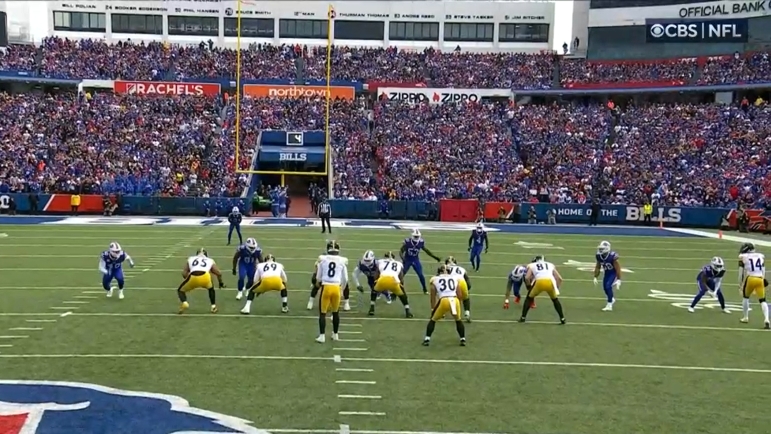 Having a little fun with the numbers if only to laugh instead of cry. Through the midway point of the Pittsburgh Steeler’s 2022 season, they’re averaging a NFL-worst 15.0 points per game. It’s a bad offense and everyone knows it.

But to put things in perspective, it’s historically bad. A couple “bad offense” stats of the weird.

– The Steelers’ 1942 offense from 80 years ago averaged 15.2 points per game, more than what the 2022 offense sits at. And I don’t know if you’ve noticed but offenses are a bit more productive these days. That ’42 team was a good group, one of the few successful teams prior to Chuck Noll’s arrival, but the 1942 league scoring average was 15.9 points per game. In 2022, it’s 21.9. And the Steelers are somehow worse than that World War II era team.

– Pittsburgh’s offense still hasn’t scored more than 20 points this season. They registered 23 in the opener but got six points thanks to Minkah Fitzpatrick’s pick-six. They’re still the only offense who’ve yet to reach 21 points in a game.

– The Steelers have thrown just six touchdown passes this season, tied for the fewest in football. For Pittsburgh, they haven’t had so few through their first eight games since 2001. Only one has gone to a WR currently on the roster, George Pickens against the Dolphins.

I think you get the point. This is currently the worst offense the Steelers have seen in at least 52 years and arguably even longer. It’s a group worse than even 2019 that started Mason Rudolph and Duck Hodges for most of the year, saw Benny Snell as nearly the team’s leading rusher, and where RB Jaylen Samuels rank second on the team in receptions. That unit scored three more points per game than this 2022 edition.

Mike Tomlin is keeping Matt Canada, he made that clear yesterday, suggesting he may make other changes instead. What those are, it’s hard to know. So far, the team hasn’t made many personnel changes aside from shipping Claypool out to Chicago and the new cast of names, Steven Sims and others, who will take his place. But if you’re wondering if this offense has been historically bad, it is.