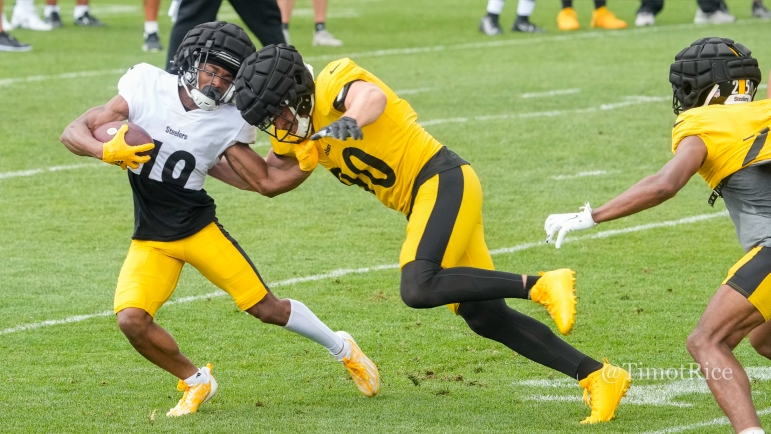 It’s been a long time coming and a painful wait. But T.J. Watt will suit up again this Sunday. Confirming with reporters Friday, Watt said he’s good to go for Week 10 against the New Orleans Saints. That’s what he said as shared by the PPG’s Brian Batko.

TJ Watt says he’s playing Sunday. “It’s been a long time coming. I feel very very good about the week that I’ve had.”

He also reportedly told reporters he doesn’t expect to be on a snap count.

Speaking with local reporters, T.J. Watt says he will play Sunday vs #Saints and doesn't anticipate he'll be on a snap count

“No pitch count,” Watt said via Steelers.com’s Teresa Varley. “I don’t want to put limitations on myself. I’ve never played 100 percent of the snaps anyways.”

Watt’s Week 10 return has been expected for weeks now. Sidelined by a pectoral injury and knee injury, he hasn’t played since Week One. Without him, the Steelers’ defense and especially their pass rush has suffered and they have nearly as many sacks in Week One with him as they do in the seven combined games without him.

Despite being out since the opener, Watt is still tied third on the team with the one sack he picked up against the Bengals. His presence should have a domino effect on the rest of the Steelers’ defense while he’ll be facing a Saints’ offensive line potentially missing two starters in C Erik McCoy and LG Andrus Peat.

Speaking to reporters yesterday,, defensive coordinator Teryl Austin hinted Watt could be on a snap count, though that story’s been written before and promptly ignored on gameday. Watt will be the team’s starting LOLB against this Saints this weekend with Alex Highsmith opposite.

Technically still on IR, Watt will officially be activated off it and to the team’s 53 man roster by 4 PM/EST tomorrow. The team will have to make a corresponding move to clear room on the roster and it’s uncertain what that could be. Potentially, a CB like Ahkello Witherspoon or William Jackson could land on IR. If the group is healthy enough, Josh Jackson may be in danger of being waived or perhaps the team makes a surprise move elsewhere. The overall health of the team will play a key role in the team’s decision.