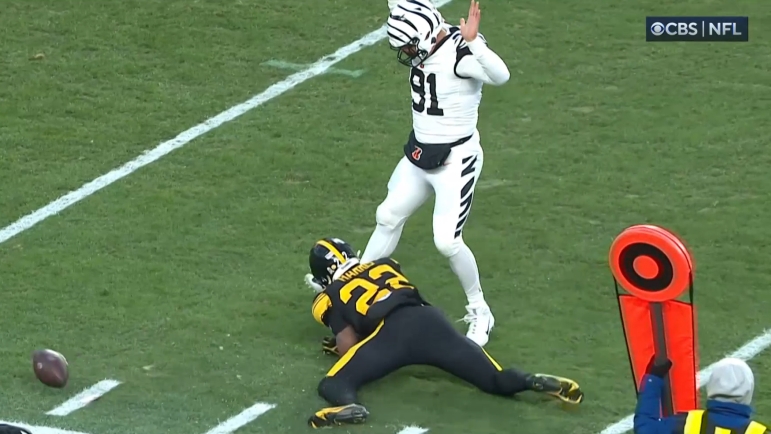 UPDATE: Sims has returned to the game

Pittsburgh Steelers slot wide receiver Steven Sims was shown limping off the field after a 2nd and Goal incompletion to Diontae Johnson. Sims walked off the field under his own power and was flexing his leg a bit on the sideline, but he generally seems to be ok. We’ll keep you updated if there’s any change to his status.

UPDATE: Per Burt Lauten, Harris has been ruled OUT for the rest of the game with an abdominal injury.

#Steelers RB Najee Harris has been declared OUT for the rest of tonight's game with an abdominal injury.

The Pittsburgh Steelers were already thin at running back heading into their Monday Night Football matchup with the Indianapolis Colts with backup  Jaylen Warren out with a hamstring injury. Late in the first half, starting running back Najee Harris headed to the locker room with an injury. While the nature of the injury is unknown, Harris has looked hobbled for the majority of the game and has seemed to be favoring his foot.

Harris suffered a Lisfranc injury in his foot during training camp, so the fear is that he reaggravated that injury. We’ll keep you updated on any change to his status and we will see if Harris is able to return to the game in the second half.

The Steelers currently lead the Colts 16-3 late in the first half.