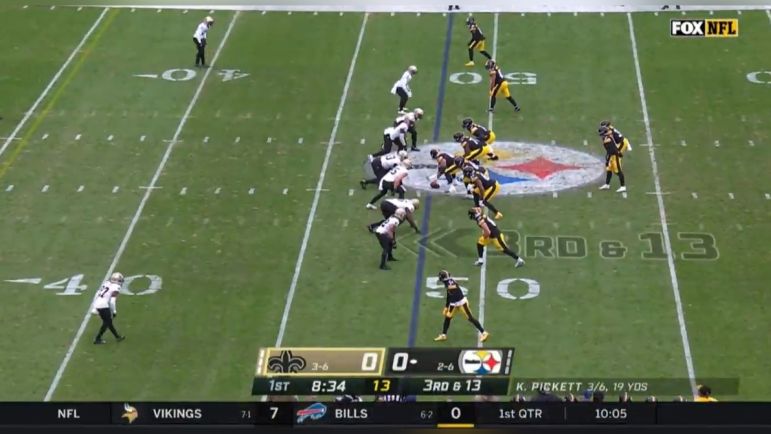 As we’ll do every week to get you ready for the upcoming game, our X-Factor of the week. Sometimes it’s a player, unit, concept, or scheme. Here’s our X-Factor for Sunday’s game against the Cincinnati Bengals.

This week’s X-Factor will be similar to last week’s that fell on Kenny Pickett, who definitely didn’t play his best game but also – to his credit – took care of the football, a big reason why Pittsburgh held on to win. As Mike Tomlin hinted at leading up to the game and as Pickett discussed after it, the Steelers are finding out what happens when you finally have a mobile quarterback. Teams are going to come after you. They’re not going to sit back and let you scramble outside the pocket, take off downfield, use their mobility as an asset. They’re going to bring people, force the ball to come out quickly, and force quarterbacks to make snap decisions.

In past years, the Bengals have been a generally conservative defense. Two-high looks, play safe coverage, allow the front four to get home. That’s changed in recent weeks. As we noted in our scouting report, the Bengals’ blitz rate may not be incredibly high but they certainly at least look like they’re throwing the kitchen sink at you. An example from our scouting report.

This is the story of the game. It’s the biggest challenge and my number one concern. If Pickett and this offense can solve the blitz, there’s big plays on the other side. 1v1 opportunities with the Steelers’ talented receivers on cornerbacks and if they get the ball on the move, all it takes is one broken tackle for an explosive play and a touchdown. That’s the reward on the other side. But to get there means doing the dirty work. Dealing with the blitz, sifting through the chaos, and making the right read and play. If they can do all that, they’ll be in position for another upset win.